Reign as Regent in Medieval Europe. But, watch your back!

Set in the chaotic Late Middle Ages of Europe (c. 1301 - 1500), Rivaling Royals will astound you with its opportunity for diplomacy, fast-moving play, simple mechanics, involved strategies, and sudden turn of fortune. Not a war game in the classic sense, Rivaling Royals is a game the entire family can enjoy - especially those who relish the role of the underdog and combining forces against the leader.

Rivaling Royals is based on the premise that Royal Families and their alliance of Nobility within the four dominate countries of the Late Middle Ages (England, France, Scotland, and Spain) used their wealth, intellect, and influence over the local economies, military, and regional politics to control Western Europe. You'll maneuver to create a political, economic, and military power base through the successful management of 16 major cities throughout Western Europe. Initially, a city’s allegiance hinges upon your ability to meet their economic and security needs. Strengthen your power and wealth by appointing Royal and Religious leaders to manage a growing dynastic empire you direct, choosing the countries to rule as Regent, the commerce and trade skills they develop, and picking confrontations with great care.

BUT BEWARE: Without the appropriate military, political, or economic strategies in place, your empire could violently collapse. Opposing players may employ spies or a treacherous noble in your midst to usurp your Regency. Without the proper political savvy, leaders within your domain could collude with enemies and seek your execution. Players must also carefully manage your country's wealth for funding a military contingent capable of preventing the usurper from laying siege to your cities stripping you of your income, titles, and might.

Will you rule parsimoniously or allow greed, ambition, and a false sense of privilege cloud your judgment? Will you dare to crush an enemy when they are weak or over extend your reach exposing your country to invasions and your Royal Family to defeat? Are you an effective diplomat, or will a false sense of friendship and trust with a neighboring Kingdom result in awaking to the sound of enemy troops storming your Castle? Do you have what it takes to lead your Royal Family to wealth, fame, and fortune?

Find out by playing Rivaling Royals of Europe.

Captures your imagination, transforming aspiring Blue Bloods into medieval rulers. Its extremely entertaining and fun.. full of strategy and suspense. A game we look forward to playing often. 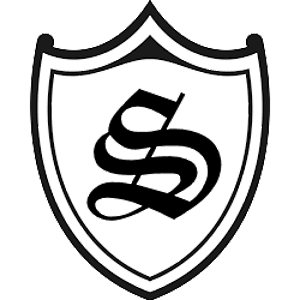