Robin Hood: Hero of the People

12th Century England was a time of tyranny. King Richard the Lionheart was fighting his crusade in the holy land leaving his country and his people at the mercy of his brother, the corrupt and greedy Prince John. Under the Princes regime, the people of England suffered. Prince John taxed his people into poverty. Starving and cold, they turned to petty crime to survive, making ordinary men outlaws.

Punishment was dealt swiftly and harshly. The cruel and sadistic Sheriff of Nottingham had no tolerance for outlaws. He would imprison men, women and children for minor crimes and publicly execute prisoners as a warning to others. Meanwhile, after years of fighting alongside King Richard in the Crusades, Robin of Loxely returns home to find his lands seized, his father murdered and his country in turmoil. On his fathers grave, he becomes an outlaw and vows to avenge his fathers death, defend the crown and free the people from the cruelty and suffering they endure.

Play as Robin Hood and his merry men in this solo card game. As Robin Hood you’ll rob from the rich, give to the poor battle the Sheriff of Nottingham, his goons and recruit your merry men. Increase your influence over the people to gain power and win the game, but be careful, the Sheriff has put a bounty on your head. If it gets too high the people will turn you in for the reward.

First separate all the different types of cards and group together in their respective piles Story 1, story 2, Loot, King Richard, Sherwood Forest and character cards.

Place the bounty tracker on the bottom left corner and place the coin token on the space to set your desired difficulty- green for easy, yellow for normal and red for hard.

Finally, draw the top 3 loot cards as your beginning hand. You are now ready to play.

The game is played in 3 phases, The Rob the Rich phase, the Action phase and the Story phase.

Rob the Rich Phase. Draw 3 cards from the loot deck and add them to your hand. Next play up to 3 loot cards from your hand into your into your inventory. Only cards in your inventory can be used in the action phase and are at risk in the story phase. Cards in your hand are safe. Only 3 cards can be drawn and played unless a character special ability says otherwise. Maximum hand size is 5 cards. Discard any additional cards.

Action Phase. In the action Phase, spend loot cards and use skills discounts to do one of multiple actions:

Recruit or rescue characters. The aim of the game is to recruit your band of merry men. You do this by spending the amount of skills on the back of each character under the Heading Recruit. Once a character has been recruited, turn the character card face up- it is now an active character. If during the story face a character is jailed or captured, turn the card face down. They will then need to be rescued to be an active character again. To rescue, spend the skills under Rescue on the back of the card during the action phase.

Acquire or play King Richard Cards. King Richard cards grant special ability to use during the game. Two cards offer onetime use ability, either doubling the price of gold cards or lowering the bounty by 200 gold. Once acquired, these cards can be kept until played during the action phase. Once the card has been used it is discarded for the rest of the game. The third King Richard card gives you an ability that remains active for the rest of the game. It allows you to see the next story card in the deck. Once acquired it takes effect. Take the next story card on the deck and place it face up next to the deck. During the story phase when the face up story card has been resolved, discard it and immediately place the next story card face up next to the deck.

Once loot cards have been used, they are placed into the loot card discard area face up.

You can only perform one action per turn unless a character special ability specifies otherwise.

The story phase is where the story of Robin Hood: Hero of the People plays out. You do this by drawing story cards. Story cards present challenges which you will have to resolve. Some will give you a choice as to how you resolve a card and others won’t.

Draw one story card from the deck. Take the actions on the card to resolve it. You may now start the next round. At the beginning of each round, you can swap your current character to any that you have active. Note, you only swap characters before you begin the rob the rich phase. Once you begin you have to wait until you finish the next story phase.

Robin Hood is a solid game: fun, exciting and good-looking. The game makes good use of its theme and has an interesting set of mechanisms that feel like you really are recruiting/rescuing your band of 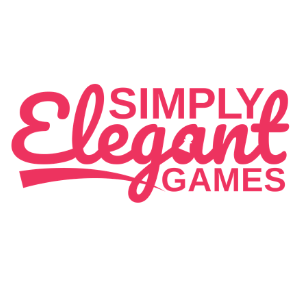