Here is your chance to get the entire Roll-With-It Fantasy series, all in one place!

This boxed set contains the core game, Fortress of Terror, and all five expansion modules from the highly successful Fortress of Terror Kickstarter campaign (April 2022). All the components listed below are included, and come in a beautiful game box.

In your first adventure, Fortress of Terror, you are the humble hero sent by your village to enter the terrifying fortress of the evil warlord Bram and stop him from terrorizing the realm. You do this by making your way through four chapters, or sections, of the game. Each chapter places you in a maze that you must explore and escape from, collecting powerful Relics and other goals that you must achieve to win. You move around each maze using a pool of dice that are rolled each round. However, you can never retrace your steps, as Bram has cursed the earth and floors of the fortress to crumble beneath your every step. If you manage to fulfill the chapter objective and escape the maze, you will advance to the next chapter, until you reach the final battle with Bram himself.

If you are able to emerge triumphant over the Fortress of Terror, continue your adventures with the Temple of Despair module, in which you must search the wilderness Wildlands to find the real Temple and destroy it. Succeeding in this, you will have four more quests ahead of you: the ever-shifting Maze of the Minotaur, swimming through the Lake of the Dragon, exploring the desert and the ancient Pyramid of the Mummy with its locked portals, and finally liberating the infested Mines of Darkness, mapping the dungeon as you explore.

This boxed set has everything you need to explore the wide variety of maps, dangers, and Enemies, with nearly 30 powerful Relics you can collect to aid you. Choose which Companion(s) you would like to accompany you on your adventures, using their unique abilities to make all the difference at just the right moments.

"If you are looking for something puzzley, you can unwind with, plays quickly, challenging, and good use of luck mitigation, look into the Roll-With-It System!" 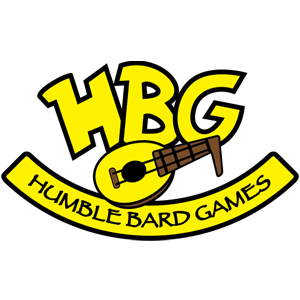