Explore the islands and seas of the Alkundic Archipelago and tell tales of your voyages! 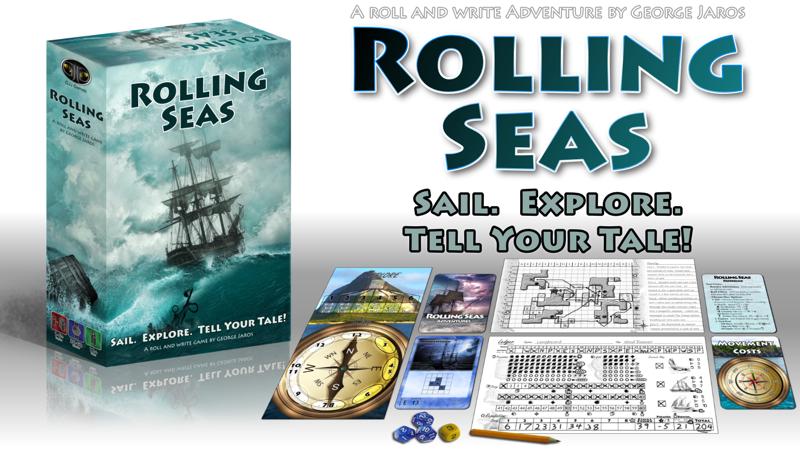 The seas of the Alkundic Archipelago have long been known for their treacherous storms, exhilarating currents, hazardous rocky outcrops, and even a mild infestation of sea monsters. You and a ragtag crew have set out to explore the islands and seas they occupy. Along the way you will have adventures, stop at ports to resupply, get a better ship, and tell the tale of your voyages. The more you tell your story the more reputation you’ll earn. Will your crew have the greatest tale to tell and earn the most reputation? Sail the Rolling Seas and find out!

Rolling Seas is a roll & write adventure game for 1-6 (or more) players! It takes 30-60 minutes regardless of the number of players - everyone plays simultaneously! 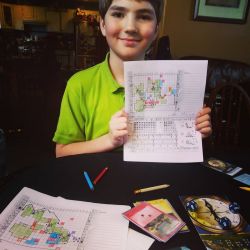 DISCLOSURE: I feel it's fair to let everyone know that Rolling Seas has been signed by a publisher and should see a full retail version available in 2-3 years. I have their approval to keep Rolling Seas available on The Game Crafter for a while. It will be taken down from The Game Crafter within a few months, when the Kickstarter is officially announced. I hope you'll support me here, and be excited for what's in store for Rolling Seas in the future.

NOTE: Some pictures are from prototype editions of the game.

Overview: Rolling Seas begins with everyone initializing their maps – drawing known adventures and choosing a Home Port. Each round has three quick phases that everyone participates in simultaneously: Adventures, Dice, and Actions.

The player with the most Reputation at the end of 25 rounds is the winner!

Learn to play Rolling Seas by watching the video below!

2nd Edition Updates! The second edition of Rolling Seas has some updates that make the game even easier to get into! New maps make setup a breeze and Smooth Sailing Adventure cards help new adventures come out at a more even pace. And now you can play with Pirates! An available tutorial will have you playing in no time. You can learn while you play.

What Do You Get?

Rolling Seas comes in a super sturdy Medium Stout Box that looks great on your shelf! Inside is: 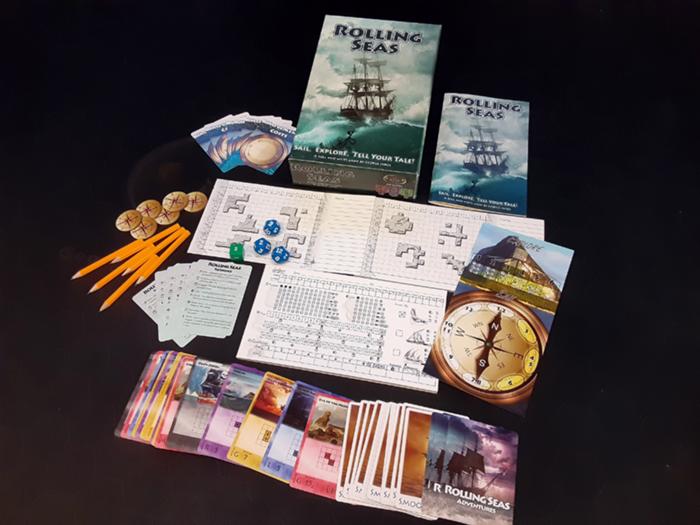 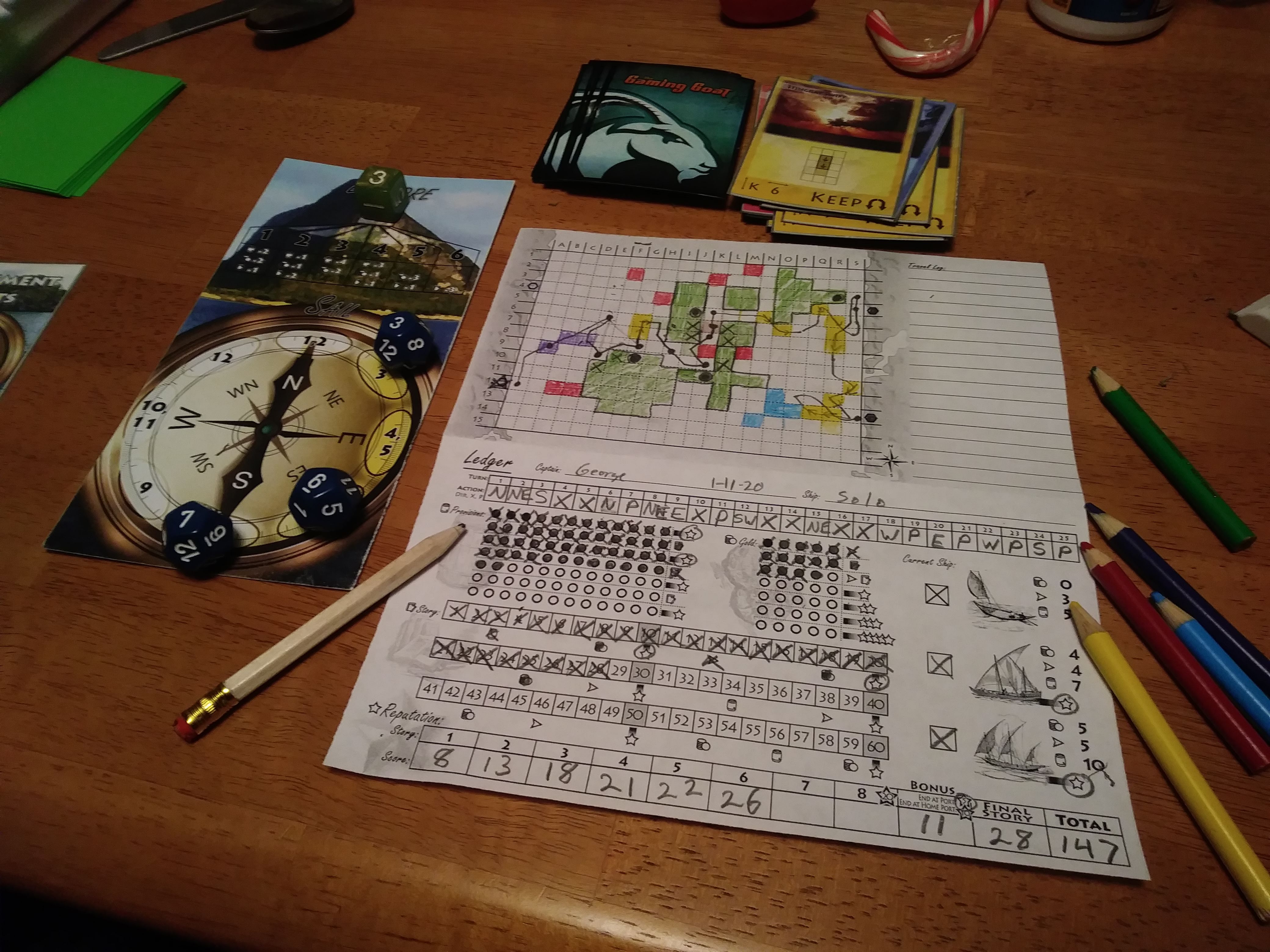 As part of the Crowd Sale for Rolling Seas there were two promo cards. These will continue to be available until the Crowd Sale copies are shipped. After that, they may not be available ever again! The Gryphon's Cave and Eye of the Storm adventures feature two types of adventure each, plus a special bonus, should you reach it! After the Crowd Sale is shipped these cards will no longer be sold with Rolling Seas. I may have some extras that you can get from me, but they won't be available to the general public. This is my way of saying thanks for supporting my Crowd Sale! 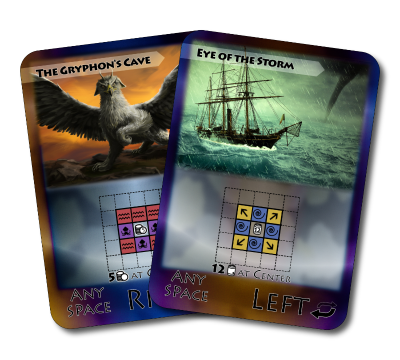 Why is Rolling Seas Special?

I know, of course I'm going to think it's special. I designed it, and I'm proud of it, so I'm going to brag a bit, right? Of course! Rolling Seas isn't your usual roll and write game. It's not a 20 minute filler. I love quick r&w games, like Qwixx, and even meatier games like Roll Through the Ages or Twice As Clever, but even those are pretty much filler games with no, or little, theme. For Rolling Seas I wanted more. I took inspiration from the games above, plus my current favorite "flip & write", Cartographers, and created something that I feel is more than just a filler.

Rolling Seas can play as your main game night fare. It still plays pretty quick - under 45 minutes once you're familiar with the game - so you can probably get two games in, but it's meaty enough that your first play doesn't feel like it's over before it started. I've been told that the game feels very thematic, provides a lot of interesting decisions, has exciting moments, and comes to a tense finish (see the reviews in the "Rolling Seas Around the Web" section below). I'm thrilled when I hear that feedback, because that's the experience I was trying to create!

Besides having all those great, exciting moments, there was one other aspect that I felt was important in the game. One of my favorite parts of Cartographers is that after the game is over, you have a souvenir of your game. In Rolling Seas you finish with a map showing your adventures! I even included a few lines for a journal so you can keep a log of your story, in your own words! Some people ignore this, but some (like my wife) spend as much time telling their story as they do playing the game! Win or lose, you'll walk away from Rolling Seas with a memory of your game that can last a lifetime. 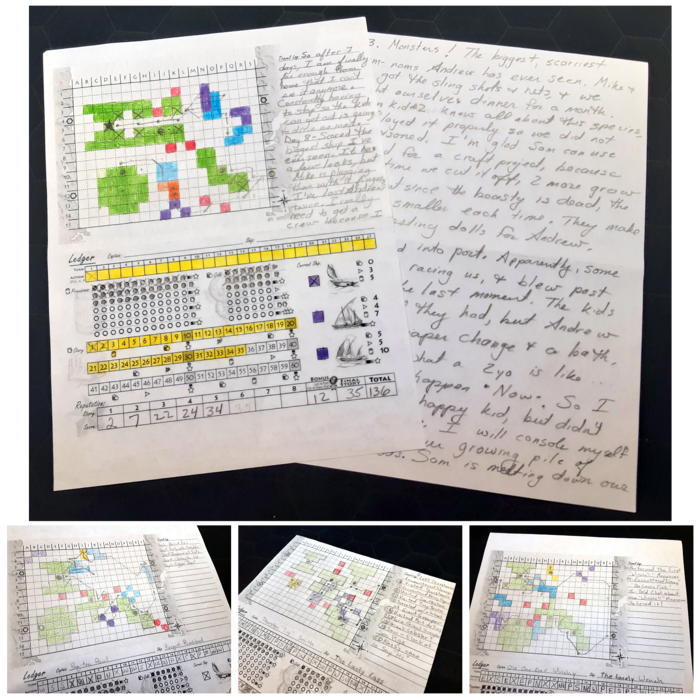 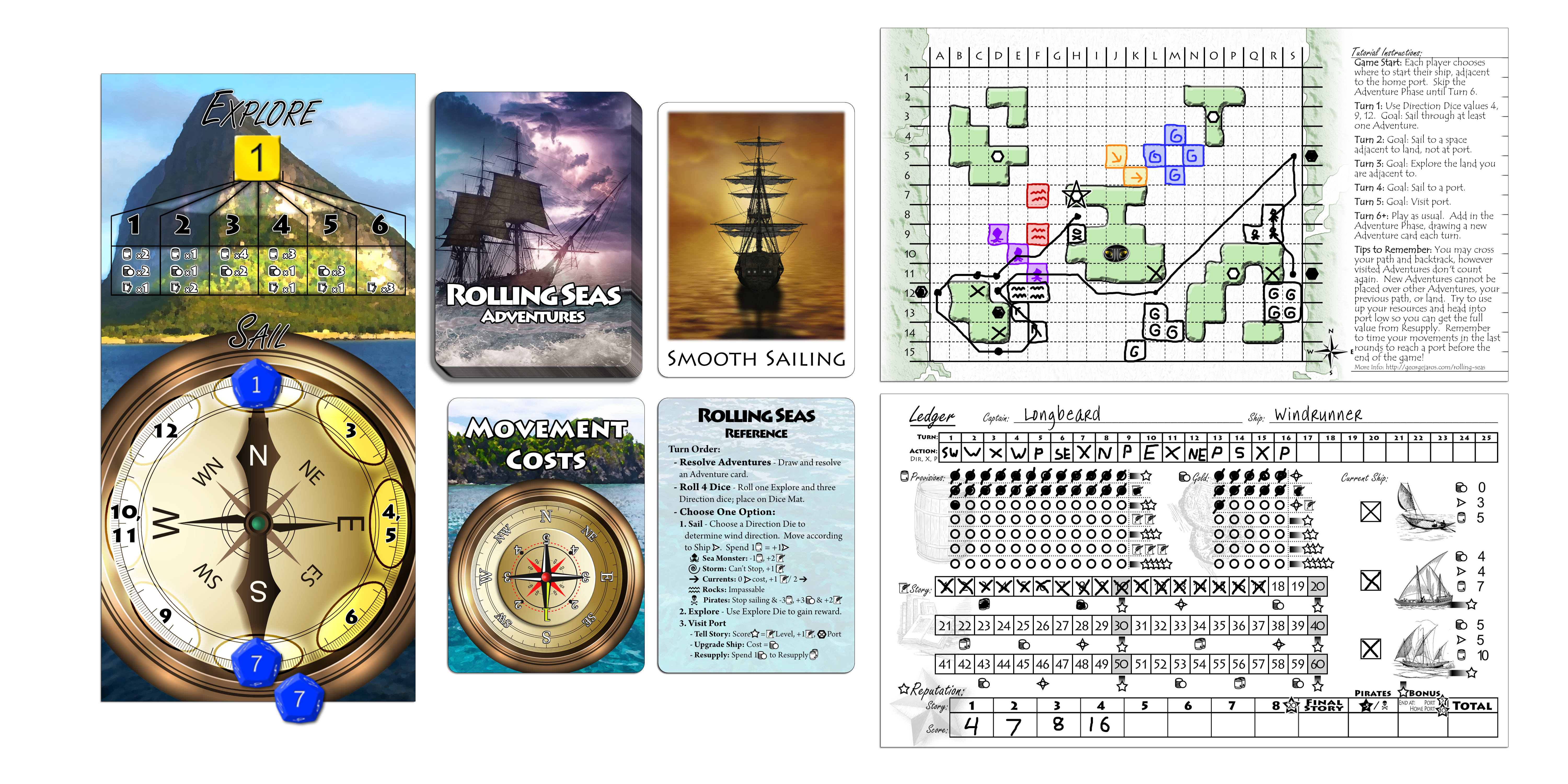 See the very bottom of this page for component photos for the expansions! 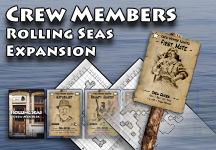 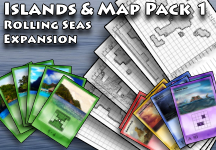 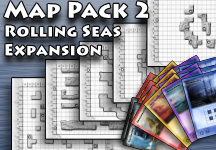 Rolling Seas Around the Web

You can download the first edition for free from PnP Arcade! There are some minor changes in the new edition, but the main gameplay is the same. The first edition includes the Islands expanion, but no pre-generateed maps. The first edtion also does not have Pirates or Smooth Sailing Adventure cards (new Adventures come out when you roll doubles on the direction dice).

See below for a rules overview!

Tip: Use colored pencils on your map and keep a record of your journey in your travel log for an even more immersive experience!

This is a playthrough of Rolling Seas, recorded at my 24 hour Extra Life livestream from November 7, 2020 from about 1:30am to 3:30am. I've edited out a number of pauses and tired sounding "ummm"s.

Talking about what's new, and expansions:

How to Play Rolling Seas 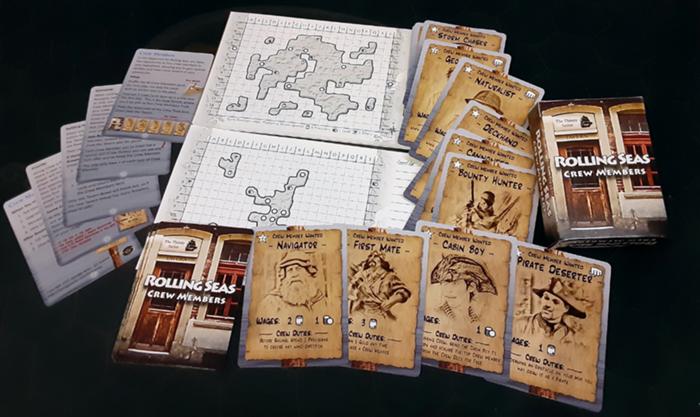 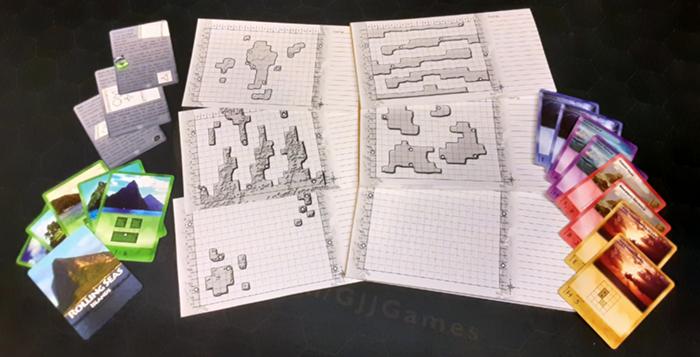 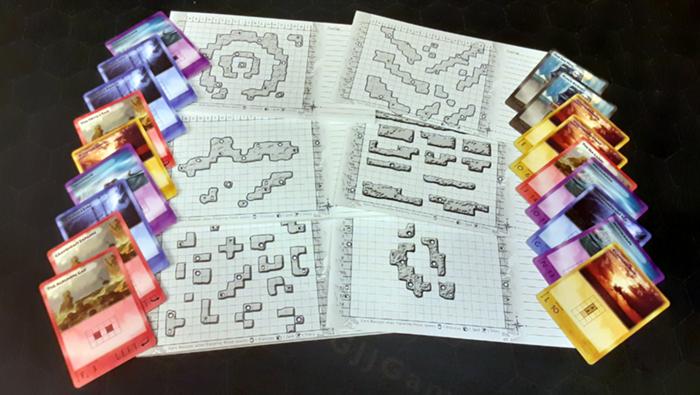 The game itself is very thrilling leaving a lot of key decisions to make. ... This is going to get a lot of plays for sure.