A pulp-themed bluffing card game with a psychotic doctor.

You and your fellow players are private detectives on the hunt for a serial killer, gathering as much evidence as possible. You’re also sabotaging each other's investigations.

One man has offered to help - Dr. Xyko (aka Dr. Xyko “The Psycho”). He is a brilliant criminal psychologist but also an imprisoned serial killer. Dr. Xyko can help you find the killer but he also wants to drive you all insane!

After a successful Kickstarter in Fall 2019, Saints and Scoundrels is now available on The Game Crafter. This game is small enough to fit in a purse or backpack. You can play it at a cafe over coffee or at a restaurant while waiting for your meal.

There are basically 3 things you need to know about Saints and Scoundrels:

All players are moving along an EVIDENCE TRACK which represents the gathering of evidence. You move along the track using MOVEMENT CARDS which will move you 1 to 4 spaces. Each movement card has a COUNTER CARD which can stop someone from moving. There are 25 SPACES on the track. When someone reaches the end, they found the serial killer.

Then, there’s the “Twist”

All cards are played FACE DOWN. You can LIE or TELL THE TRUTH about the card you are playing. You can also CALL ANYONE OUT if you think they are lying. But be careful! If you’re wrong, you could suffer a PENALTY.

Certain CARD COMBINATIONS allow you see consult with the brilliant but psychotic DR. XYKO (you can lie about having these cards, too). A Dr. Xyko combo will allow you to move a whopping 7 SPACES on the board. But you must also take two Dr. Xyko INSANITY CARDS. You can’t look at these cards’ faces until the end of the game. Most of these cards have a 0 value but some have a value of 1 or 2.

The GAME ENDS when someone reaches the end space on the Evidence track. At that point, everyone REVEALS their Dr. Xyko Insanity cards. Any player whose Insanity cards values add up to 3 OR MORE is out of the game.

THE WINNER is the player who is furthest along the track WITHOUT going insane!

Saints and Scoundrels is a terrific game and our group had a blast playing it. 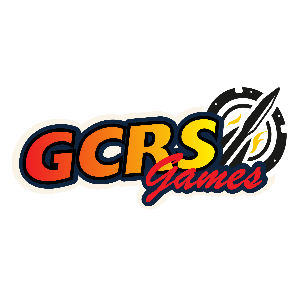