Dedicate your altar to witchcraft to become the high priestess

Samhain (pronounced sow-in) is known as “the liminal time” where the boundary between the physical world and the spiritual world is at its weakest. This is the easiest time to contact the ancestral spirits of witches from the other side.

Each player is trying to gain the favor of our ancestor spirits to become the next high priestess. Each player wants to invoke spirits that speak for the 5 elements of witchcraft. And they need to resist temptation to get all of their power from dark sources.

Become the next high priestess by having all 5 elements of witchcraft faceup on your altar (play area) and have more light than dark witches.

Each player has an identical 13 card deck. 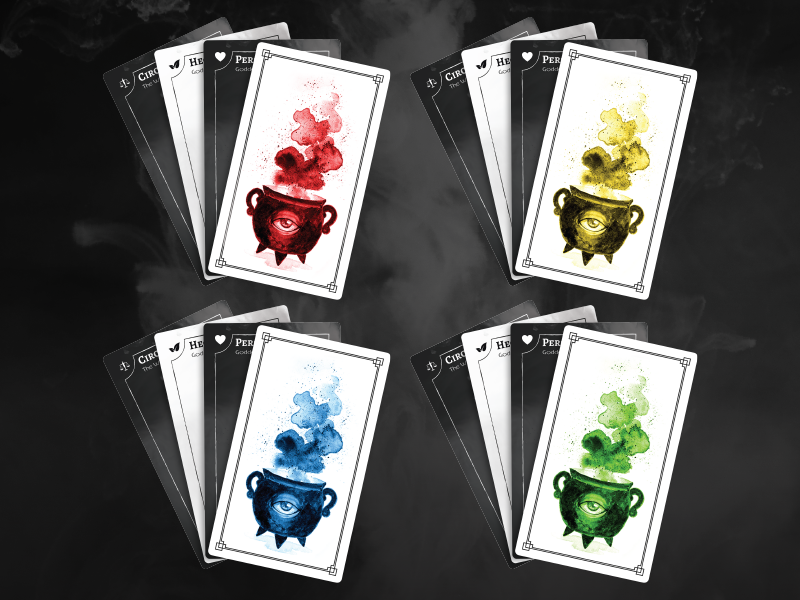 Each card represents a legendary witch. Cards have symbols that represent one of the 5 elements of witchcraft. 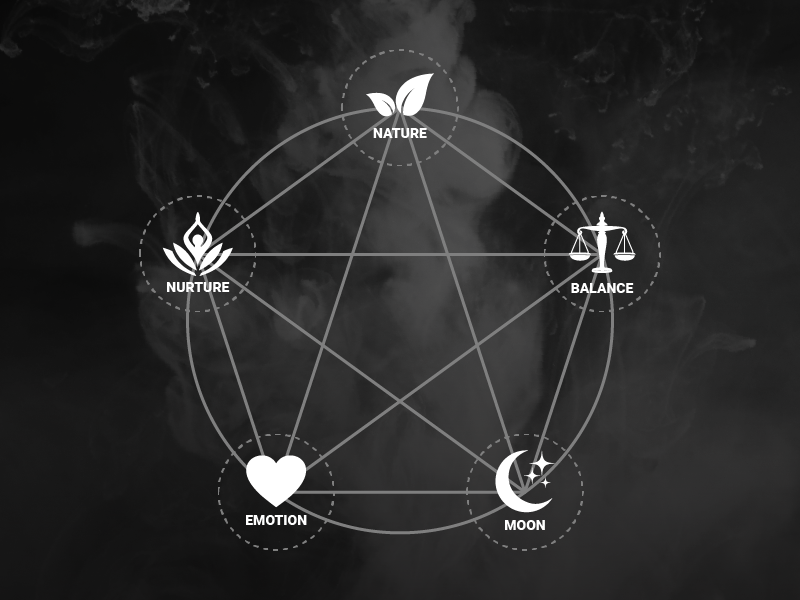 All witches are either light or dark. Light witches resisted their darker urges and they tend to be a little weaker than their dark counterparts.

All witches have a special ability that activates when they're played. And all witches (light or dark) help you move towards victory by revealing the elements of witchcraft.

However, to win you must have more light witches faceup on your alter (play area) than dark witches. 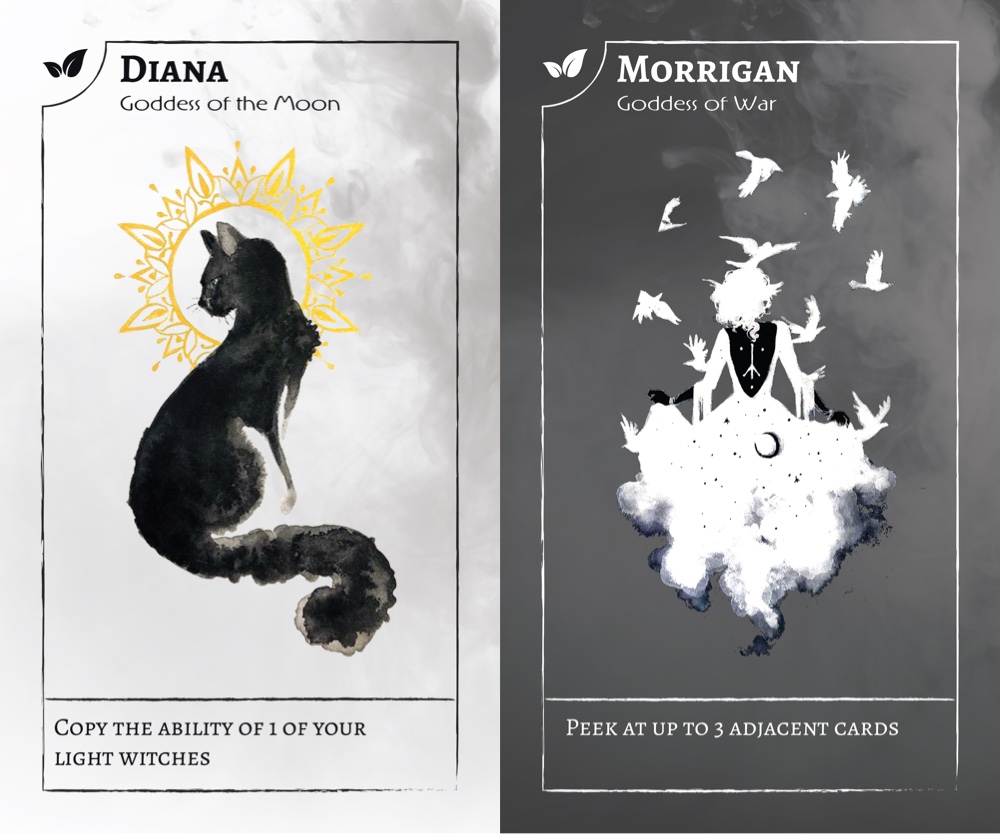 Ex. Diana is light & the Morrigan is dark. Both of them have the Nature symbol in the top left.

Each player gets a 13 card deck. Shuffle the deck and deal 9 cards onto your altar (play area). They should be laid out in a 3 by 3 grid. 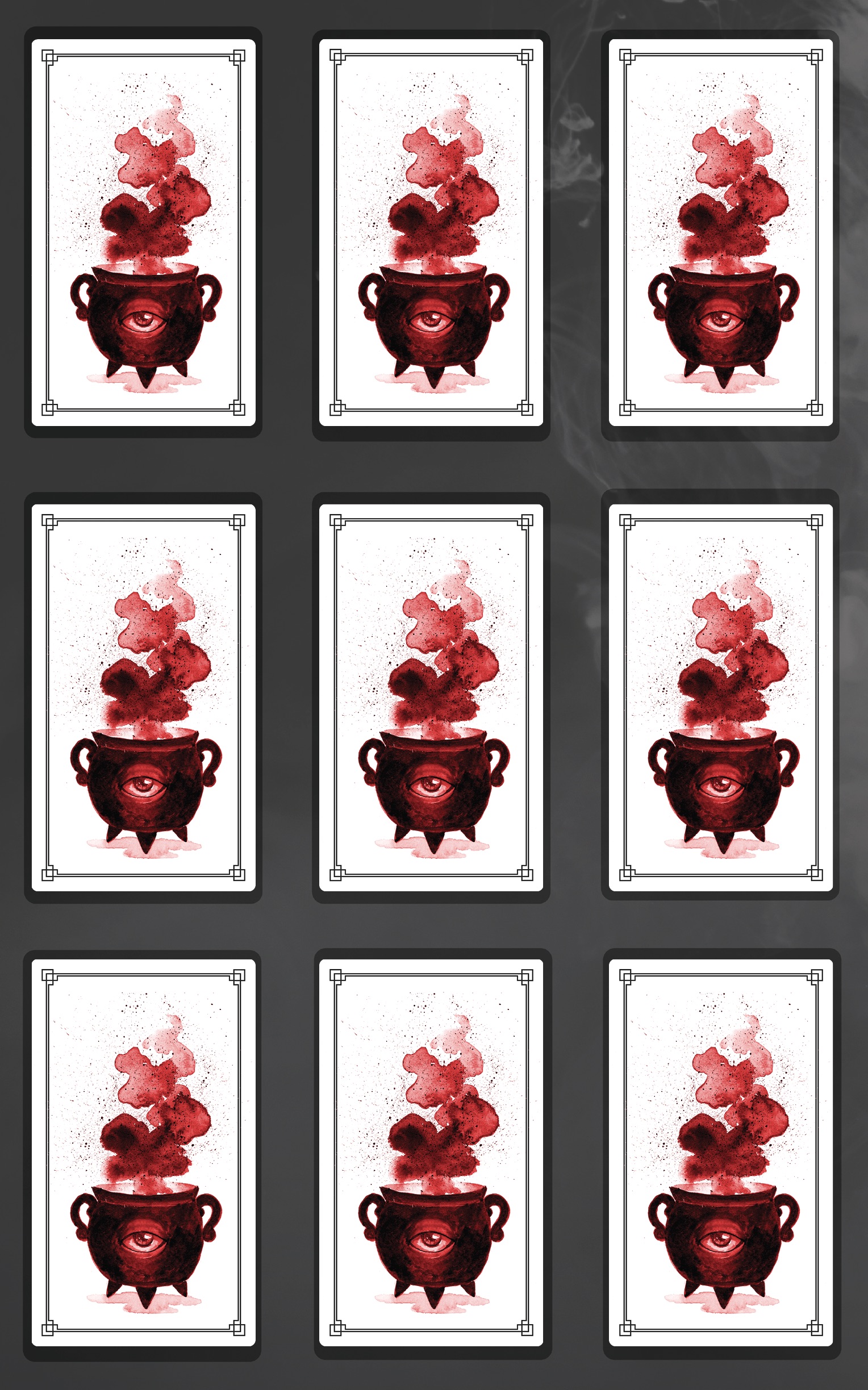 Take the remaining cards and put them into your hand.

Each turn you play one card from your hand face up on your altar (play area). This replaces a facedown card which you move into your hand. Then use the face up witch's special ability (the card just played).

Sometimes a witch will let you play another card.

Ex. Pythia (the oracle) let's you guess a symbol and peek at a card. If you guess the card's symbol you may immediately flip the card up and activate it's ability.

The first player to have all 5 elements of witchcraft face up on their altar (play area) and also has more light than dark witches is the winner.

This game was inspired by the incredible art created by Annie Lewis. It is used with her permission.

This game was created by Jeff Swiggum & Patrick Rauland. 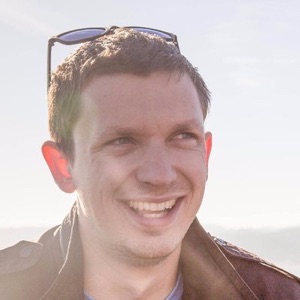