Take Command of the High Seas, compete to be the top Pirate!

2 - 6 players compete against each other to be the top Pirate of the Caribbean.

You start as a lowly pirate, preying on local fishing boats and merchants. Successful attacks provide gold in order to build up the strength of your ship. Eventually you are likely to take the role of a Privateer allowing you to gain extra victory points and defend ships of your nation from opponents.

Balance tested over 2 years and 3 prototype versions, this game is ultimately one of strategy and risk, with some chance.

Game has elements of Deck Building, but is not dominated by this aspect. There is a combination of Strategy and Risk with just enough player versus player interaction to have players involved on many turns, especially when players acquire Privateer status.

There are also rules for a fast pace 2 person Player-vs-Player version.

Includes all original artwork that has never been published anywhere else.

*Note - Rulebook has been expanded to address Sanity Test suggestions. 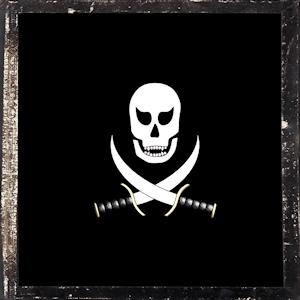