A strategy card game of space conquest to determine the next Emperor of the Galaxy!

Seize the Imperium is a strategy card game of galactic conquest for 2-4 players including head-to-head dueling rules, and 5-6 player games. You'll assemble armadas and armies to win the game, but also politics and table deals play a part, as you can make alliances to help or hinder other players on your path to the top.

The Emperor has died after a long and bloodied civil war, and you represent one of the key factions of the galaxy, vying to be fill the vacuum. Use World cards to generate points to allocate Fleets, Troops, Orbitals, and Installations to conquer and defend. They will also give you Resource counters to employ powerful Characters and use specialized Tactics to assure your edge in combat, and guarantee victory. Conquer others or buy your way with enough Victory Points to become the next Emperor or Empress of the Galaxy! Only one can rule!

Each player has their own deck of 70 cards (50 Asset cards, 10 System cards, and 10 Character cards) from one of four different deck strategies, including: hard-hitting Capital Attack, carrier-launched Fighter Strike, fast and explosive Drone Onslaught, or troop rushing Ground Assault.

This game has all 4 Starter Decks included (280 cards), and is ready to play by itself (extra Starter decks may be purchased seperately to make different decks).

We recommend new players pair Capital Attack and Fighter Strike for best matched first decks. Later, players can combine cards from other Starter Decks to make their own themes and strategies; although we recommend playing with the Starter decks as is, until you get the hang of it.

The Starter Decks each come with 2 Cheater Cards for the rules, and the full rulebook can be downloaded here or at seizetheimperium.com.

Cards of the Imperium

Players will have a System deck of 10 World cards, starting with 3 cards, one faceup as your Throne World card, and the other two facedown in your Reserve System Area. These World cards will generate Resource counters during the game, and deplete to provide Allocation points to play cards from the other decks. Defending and adding more World cards up to 20 Victory points is required to win. As it gets more expensive to buy more World cards, the easier route will be to conquer the other players.

Players will have a Character deck of 10 Character cards, starting with 3 cards, one faceup, and the other facedown all in your Character Area. The Character cards are allocated using Resource counters generated by your World cards. They will have both passive and active abilities to influence play. Additionally they can be depleted to gain upgraded actions from your Reaction cards unlocking game changing combos. You can decide against paying for more than your starting card, but the other players will get the upper hand with their Characters.

The Reaction Tactics cards are used during the Conquest Actions when you are trying to defend your World cards, or take them from other players. Paying with them from Resource counters generated by World cards, you can change the tides of battles, and grasp victory from an obvious outcome sitting on the table before each of you. 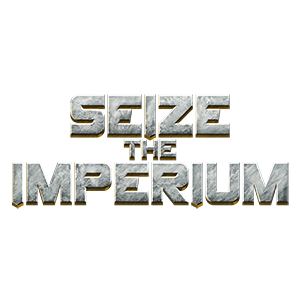