Keep your shields up or be blown up! A quick 2 player card game.

Your space ship is locked in battle with a dangerous enemy! Take charge of your ship and launch your attack. But most importantly keep the shields up or face certain destruction!

In Shields Up players race to destroy the opponents shields and ship. Captains take 2 actions each turn, choosing to either draw or play cards. Assemble sets of cards in order to activate weapons and other equipment.

As captain of your ship you can place any card face down as a shield. A ship can have up to 3 shield cards. Destroy your opponent’s shield and do at least 1 additional damage to destroy their ship and win the battle!

Shields up contains 18 cards. This includes equipment that you assemble into sets and cards which take immediate effect.

Players take turns using 2 actions. Players can use any combinations of these actions in any order they choose. Actions include:

When playing cards for a set, you keep played cards in front of you until you have the full set. You can play 1 or 2 cards of the set each turn until you assemble the equipment and activate its power.

Once the required cards are in play to complete a set their effect is immediately resolved (one time for the set) and the cards are immediately discarded.

For weapons, the attacking player selects and destroys a number of shield cards equal to the amount of damage. If a player destroys all of the opponents shields and does at least one additional damage the opponent is destroyed.

After a player has completed their turn refill the cards available in the market. Move the oldest card forward and reveal a new card from the draw pile to place in the market as the newest card costing 2 actions to acquire.

When it is necessary to draw a card from the draw pile and there are no cards remaining, shuffle the discard pile and replace the draw pile. Draw the needed card(s) as normal.

Note, all cards are immediately placed in the discard pile upon resolving their effect.

"One of the best 18-card games I've played yet. So fun!" - Boardgames and Bourbon

"It’s fast, small, and still manages to cultivate a competitive spirit among the players." - Everything Board Games

"There is a lot to this game, I like that aspect... it's very fun." - Unfiltered Gamer 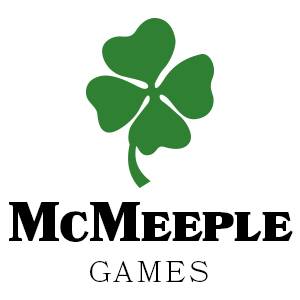