A naval-themed card game for 2 players. It is a card battler that borrows mechanics from war games by making units move around the board. Instead of a mana system, players can play ships for free but need to discard cards to move them around the board. Islands can be captured to increase one's draw power, but these are out of the way and come at the cost of tempo. Additionally, as ships begin to sink, the deck gradually thins, and eventually draw power becomes irrelevant in the end game. 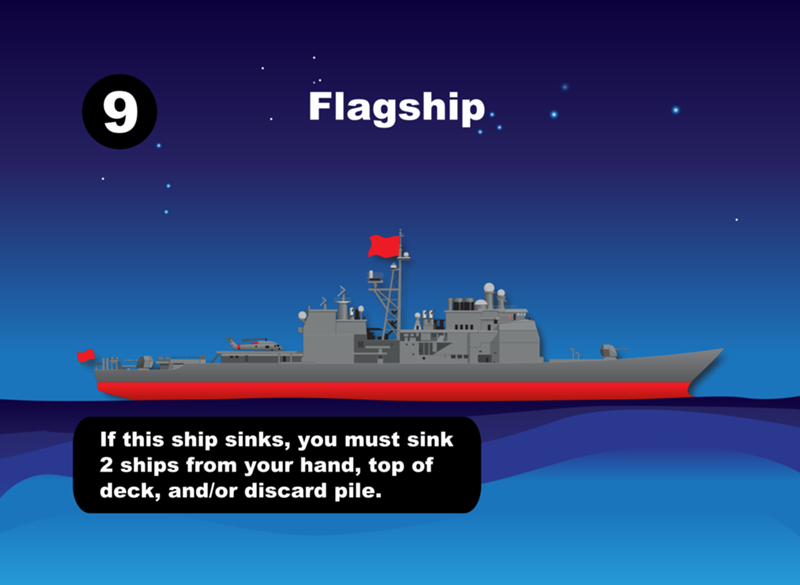 If you are into deep strategy games but want something affordable and quick, Silent Ships may be for you. It is similar to chess in that the rules are easy to learn, but the game is difficult to master.

Note: The video above features a prototype copy and not the final images.

11/12/21 UPDATE: Because there is no cost difference between 27 cards and 36 cards, I have included a small sneak-preview of a planned expansion called Silent Planes. It contains 2 copies of the Fighter Jet, Ammunition Ship, Bomber, and Leviathan. Consider them a bonus and not part of the core game: the art is not finished and they are not playtested. I have also replaced the clear plastic deck box with a printed tuck box. This has increased the price of this game from $14.99 to $16.99.