Traverse the dangerous path to the mountain lair of the Oly dragon and slay him.

A dragon has been terrorizing the town of Oly. Brave adventurers are requested to traverse the dangerous path to his mountain lair and slay him. Along the way battle monsters, collect new equipment, and gain new abilities. You’ll need it all to reach the end to Slay the Oly Dragon.

This is a role playing game meant for players both young and old. Setup is very simple and quick. Rules are straightforward for beginner players but still leave tactical decisions for those more experienced.

Shuffle each card deck and place them on their corresponding locations on the game board. Then place a player token for each player on the start space next to town. That's it!

Players take turns by rolling a dice to move and then pulling an encounter card. If the encounter card is a monster, they must defeat it before continuing. Players roll dice to attack but can also use any weapon or spell cards they've collected to help defeat the monster. Each time a monster is defeated, the player gets a loot card. On the last space the player fights the dragon rather than a random encounter. The winner is the first person to kill the dragon!

At each encounter the player must decide which spells to use (if any) as the path only gets more difficult the further they go. Use a fireball to keep your lead? Or risk falling behind to be better equipped when reaching the dragon? 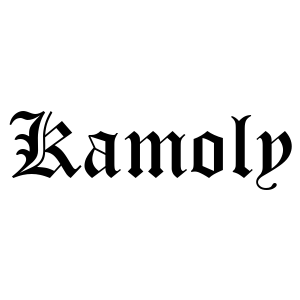