The Slime Cubes Are Attacking! Can You Save the Villag?

Normally the Sovoz Village and the surrounding area is quiet and peaceful but today, on the way back to the Vilaage from a nearby market, you hear a noise on the road behind you. You turn to look and see a giant slime cube squishing and slurping as it lumbers down the cobblestone road toward you. Your heartbeat quickens as you take off running. Can you get to the Keep in the middle of the Village before the slime gets you? You run for your life and grab as many Villagers as you can, frantically heading to the Keep. “Slime Attack! Slime Attack!” you yell. You can only hope you make it in time!

Slime Attack! is a roll and move premium board game brought to you by Worlde of Legends™ Games. The underlying concept is similar to the game Pachisi which originated in India. Worlde of Legends™ has applied a fantasy theme to the original game concept, added additional strategies, and revised rules to better fit the new game concept.

Players take turns rolling dice and moving their game pieces around the board with multiple goals utilizing several strategic features. YOU CAN PLAY AS INDIVIDUALS OR AS TEAMS WITH UP TO 6 PLAYERS! Slime Attack! has the following objectives and features. 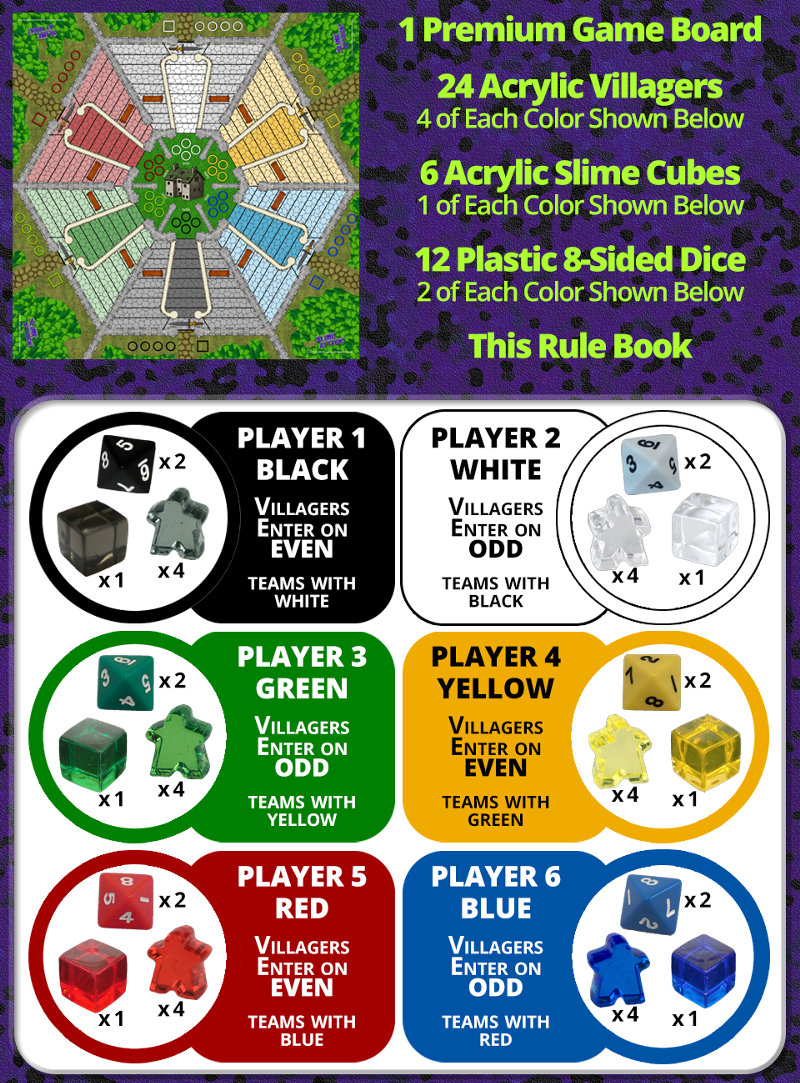 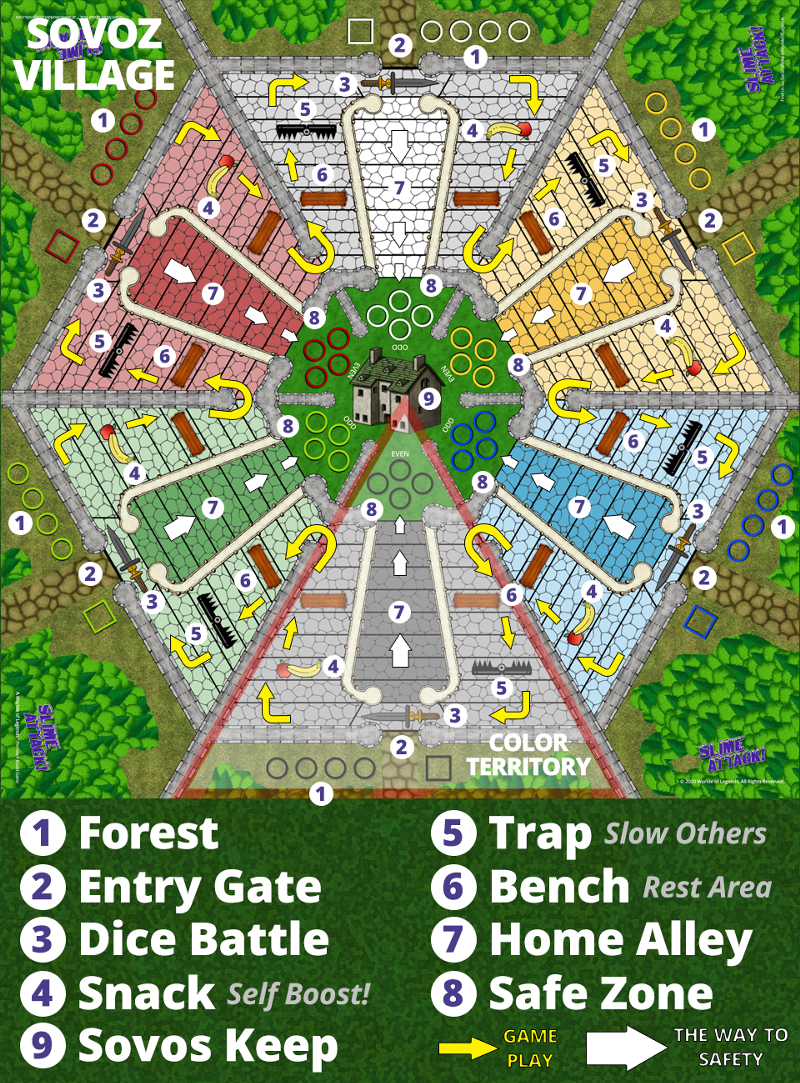 Want to send an enemy player's game piece back the Forest so they have to start over? Challenge them to a DICE BATTLE! There are several ways to challenge other players to DICE BATTLES. SLIME ATTACK! includes:

The SLIME ATTACK! game board features four different status effects that can be used as strategic point to help you gain advantage over your opponents. All of the following condition must be met to WIN THE GAME:

The first player to achieve all of these goals, WINS THE GAME and the game ends immediately. IN TEAM PLAY - BOTH MEMBERS OF A TEAM MUST ACHIEVE THESE 5 GOALS TO WIN THE GAME!

Order your copy of SLIME ATTACK! today, gather your friends and family and SAVE THE VILLAGE!

Learn more about Worlde of Legends™ at www.WorldeofLegends.com