Snag the tasty snacks before your siblings can get their paws on them!

Snack Attack is a delicious game for players of all ages. It’s great for families, fun-loving adults, and foodies that just want simple, hassle-free fun on game night!

Snack Attack is an easy-to-learn but deceptively difficult-to-master card game where you play as a Nomnisaur.

You start each game with a hand of 3 Cards consisting of food and flavos, where the objective is to steal the most snacks!

Snack Attack is an easy-to-learn but deceptively difficult-to-master card game where you play as a Nomnisaur.

You start each game with a hand of 3 Cards consisting of food and flavos, where the objective is to *steal the most snacks! *

Families are messy—and no one’s more messy than Rex. When he’s played, return all the food on a dish to the deck.

But don’t only look to the ground for threats!

If Momnisaur catches you hoarding, she’ll make you share your goodies with the other players. Remember, mom loves you all equally!

GameDirection’s games are not designed to maximize profit, but are meant to create an environment where people of all ages, types, and disabilities can come together and have good, simple fun.

Accordingly, we put great importance on the quality of the components, the art, and the design of our games. We only produce a small quantity so that we can focus our efforts into ensuring every copy is assembled and treated with care.

Snack Attack is the culmination of Alex’s hopes and ideals, and embedded into the game’s DNA is a design that he feels will achieve his goal of bringing people together.

Alexander Sierputowski is the founder of GameDirection LLC, an independent studio from Cleveland. He believes that creating a memorable experience is the foundation to every good game, and has assisted other studios such as Level99 and Nomnivore Games achieve that for over 12+ years. Snack Attack is Alex’s first project where he is the lead, which has him equally excited as he is terrified! Please help him make his dream come true!

Derek Chung is the founder of Nomnivore Games Inc. and lives in Toronto. He got into game development the usual way: a steady diet of geek media and anime, a hatred of sleep, and an interest in co-operative storytelling. His background in psychotherapy reinforced his love of shared worlds and experiences, which had him publish his first game, EMBERWINDTM. He is happy and excited to be bringing his second game, Snack Attack, to life with the help of his amazing friends and the awesome Kickstarter community!

Jin Shim is a Toronto-based artist, working full-time for her independent studio, Belli-Buttons. Jin is most commonly found at conventions, selling buttons and other merch of her favourite anime and game characters. On the side, Jin streams on Twitch, where you can watch her illustrate or hear her curse as she plays games.

Dyson (a.k.a. Rex) is the newest member of Jin & Derek’s family. Adopted in 2018 from the Rat Terrier Rescue of Canada, Dyson has brought light and joy (and infinite dog hair) into their lives like no other. Whenever Jin and Derek aren’t at a convention, they spend their days cuddling and nights sleeping with their goodest boy. That doesn’t mean life on the road isn’t lonely! So to make sure their favourite puppy is always with them, Dyson is a recurring character featured in all of their artwork and games.

Try it for Free First!

Tabletopia or on Steam TableTopSimulator

Super fun, quick game. I actually carry it around in my car for a quick grab if I need to kill a little time with a friend or one of my kiddos. Easy to learn and fun to play! 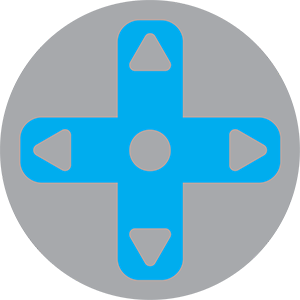