SPIRALCHAIN: FOREVEROT is a fully cooperative board game based on the SPIRALCHAIN novels by Jeremiah L. Schwennen. Between one and eight players work together to defeat the Foreverot before it can unleash untold suffering upon the Spiral of Worlds. The players win or lose as one--there are no victory points to tally or secret agendas to work towards.

Along the way, players must make careful use of their limited number of actions to gather the resources necessary to defeat the strength of the Rot on the world of Nur. Players will travel from world to world gathering those resources, making occasional forays into Nur to discard Rot Tokens until all eight of those tokens have been discarded and the heroes emerge victorious.

But things are never quite that easy, are they?

Gathering resources is made more difficult by the presence of maniacal Warlords that seek to destroy key locations on each world and malevolent Obliviates--scouts for the Foreverot--that block the heroes' efforts wherever they can. The same resources that are used to stop the Rot must also be used to vanquish Warlords and Obliviates, making for tough choices in each and every round of play.

And the clock is always against you.

At the end of each round of play, the current First Player will roll a die in a grim responsibility we call the Foreverot Roll. This die will determine whether or not the Rot advances in its own schemes, wreaking havoc across the game. If those schemes advance too far--if all of the Foreverot Cards on Nur are played--the Rot will win. But even if the die roll is kind and a new Foreverot Card is not played, damage will be visited upon worlds and Warlords will continue in their inexorable march, bringing ruin to whatever lies in their path.

Fortunately, things are not always as bleak as they seem. Each player will have a Role Card that gives them special abilities to aid in their efforts, and each world has a limited number of enigmatic guardian dragons that might be employed to help fend off Warlords and Obliviates, freeing up valuable locations that generate resources or special actions.

In about an hour, the fate of the 8 worlds can be decided... but in the quest to forge the Spiralchain, almost anything can happen! 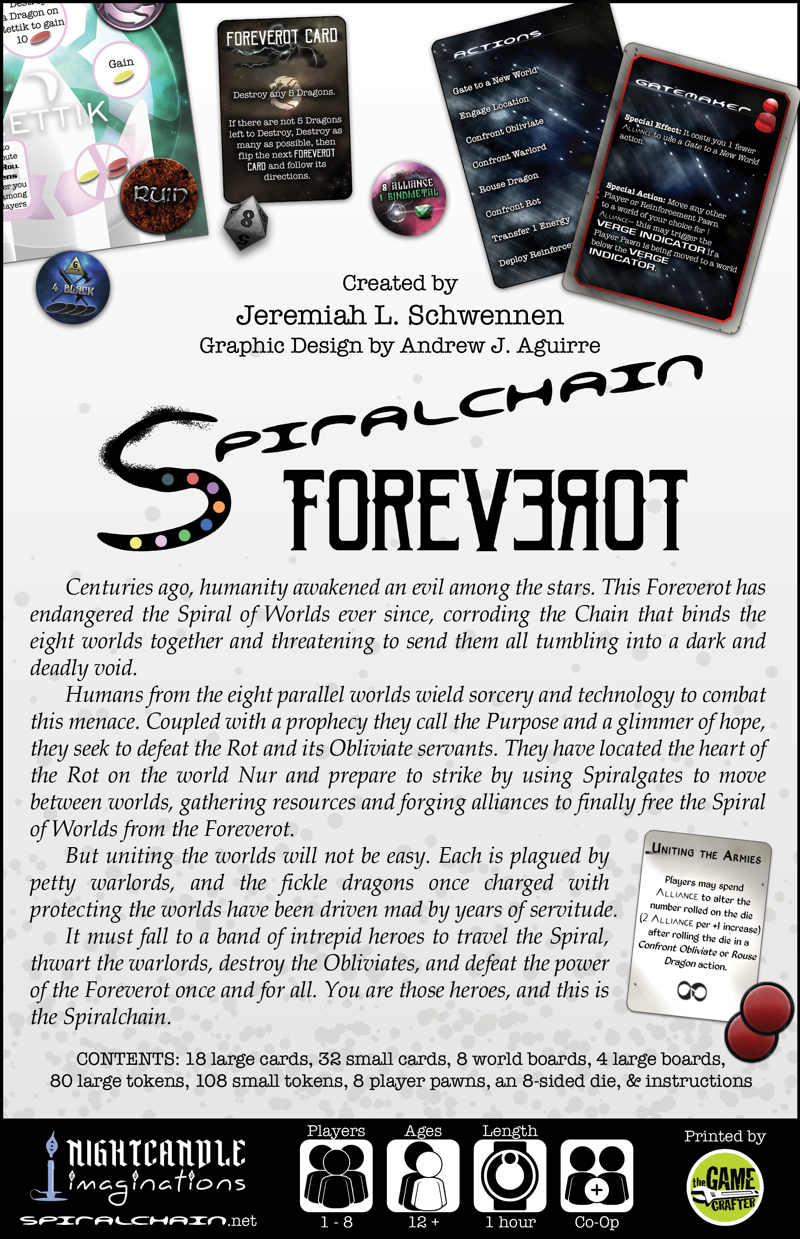 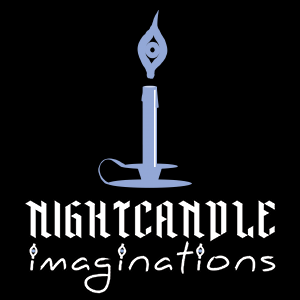