A short strategy game with dice. It will force you to "Play With Your Mind" to win!

Here are the game rules in full:

The starting player is whoever most recently stabbed something. For multiple rounds, the choice of play order is granted to the first player to be eliminated in the previous round.

Before the game starts, each player rolls seven dice to determine the unit types they will have available to them. The eighth die is not rolled, as it will be the initial Spirit Pool (see below).

Starting with the first player, players take turns placing their units on the board until all units have been placed. Units may not be placed in the center region (defined above), nor adjacent to any units of their opponents, and must be within the board game boundaries.

Before each turn, a player must roll their Spirit Pool to determine what advantages they receive until their next turn. At the beginning of the game, all players start with one die in their Spirit Pool, but as units are eliminated they are added to their owner’s Spirit Pool.

For each die rolled, the following benefits apply (and stack): Bow: each unit does one additional damage Horse: each unit may move one additional hex Shield: all attacks against friendly units deal one less damage (minimum zero) until the beginning of this player’s next turn. Sword: no additional effect.

If multiple dice yield the same icon, the effects stack. Example: if two Bows are rolled, then each unit does an additional two damage.

Starting with the first player, perform the following actions each turn:

The following rules apply during each turn:

Make Your Own Rules

Change how many dice should be rolled or selected! Draw terrain features or obstacles on the board to spice things up! Invent new win conditions such as “capture the flag” or “defend the hill”.

Designed and produced by: Joseph “@astropuffin” Mente In collaboration with: Jan Horjus Special thanks to: Tasha Mente for putting up with playtesting and copy editing. 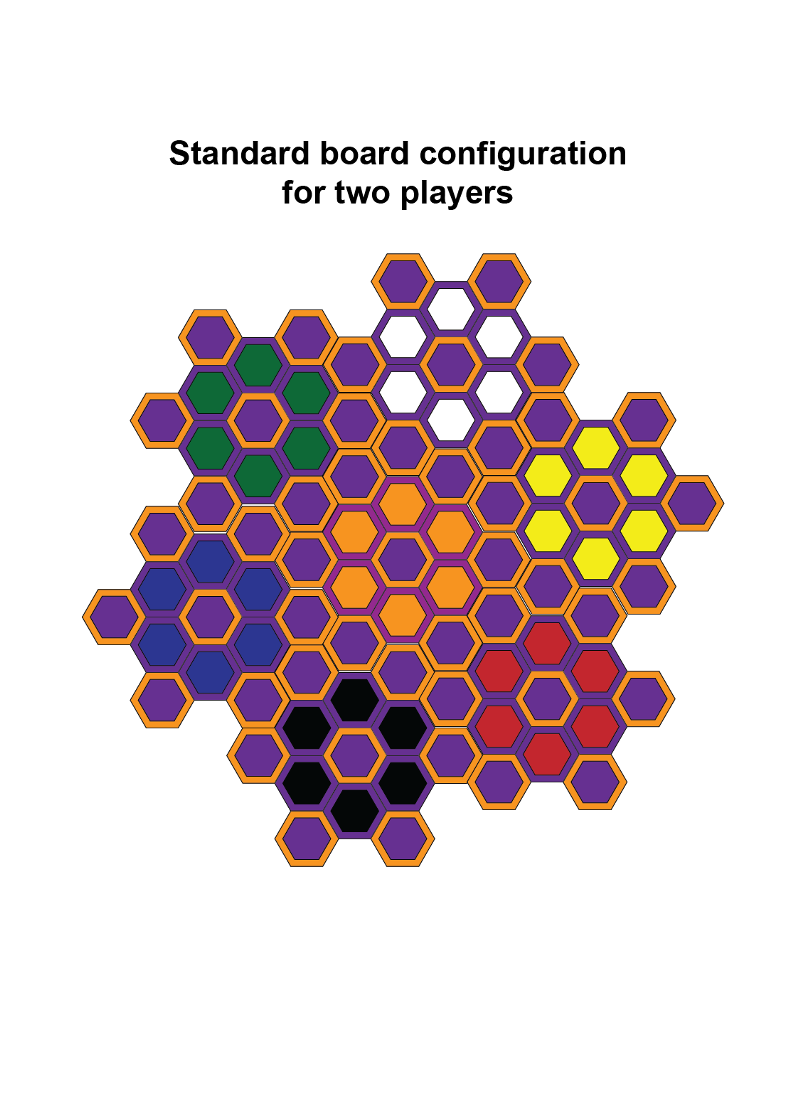 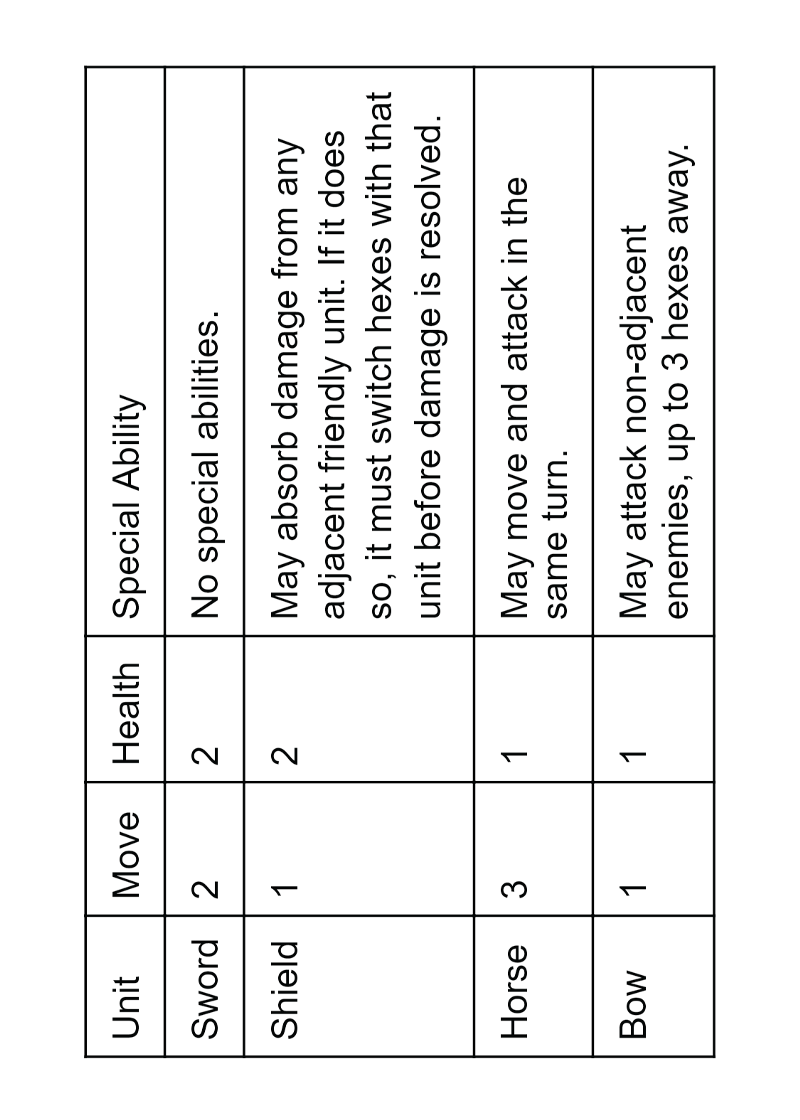