A modular sci-fi tabletop game of dexterity and space ships.

This game bundles the Star Flickers base game and its first two expansions: Mines and Munitions and Through the Storm!

But if you're new to Star Flickers...

In Star Flickers, you assume the role of the captain of a corvette-sized light transport called a Starflicker. You will use your ship to outfly and outgun other pilots, capture enemy plans, win dangerous races, and smuggle precious cargo.

Star Flickers is not a single game, but several that use the same components and use the same basic mechanic - flicking your spaceships around a modular spacescape! Players can modify every game mode in nearly infinite ways.

All elements in the game are dexterity-based, but there is a great deal of strategy in the various game modes.

Outmaneuver and devastate your opponents with the Electromag Cannon!

Race to the finish in the Flicker Cup!

Get up close and personal with the Particle Cannon!

The game is fast, with little down-time between players and a great deal of anticipation when players are lining up their moves and their shots. Because the game requires players to take shots from different angles, players will be circling the play table like a game of billiards, constantly jockeying to make the best shot.

Coins and play mat not included.

Note there is no box included for this game. This was done to save cost (the cheapest box to fit the components would have added $10 to the price! Once all the components are punched out, I figure you can find a cheaper storage option at a hobby store).

Also check out the first two expansions: Mines and Munitions and Through the Storm! 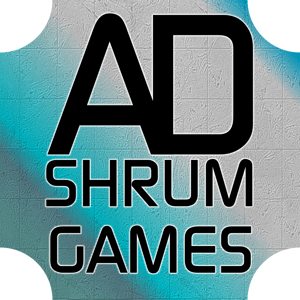