Star Trader 3000 contains all elements, that will allow you to play Star Trader, originally by SPI.

Please note:
* This game does not contain game instruction - you need original game or at least it's instruction to play this! It can be found on web if you don't have your copy - it was published in ARES Magazine #12.
* In this version - money is not included - you need your own! Check other versions that include money if you need one.
* This game contains full translation from old rules to this new edition
* Currently released as BETA since all elements will now be tested and relevant VIDEO walk through will be created
* Each game profit is 3.76$. That money is entirely given to charity - The David Sheldrick Wildlife Trust: A Haven for Elephants and Rhinos [www.sheldrickwildlifetrust.org]. Born from one family’s passion for Kenya and its wilderness, the David Sheldrick Wildlife Trust is today the most successful orphan-elephant rescue and rehabilitation program in the world and one of the pioneering conservation organisations for wildlife and habitat protection in East Africa.

From "History of Trade" book in Beta Hydri library.

Clark was in this business for years. Actually - he couldn't say, when he stopped with with smuggling (was that about that beuty in Mu Herculis?), when he dropper rather boring and less valued passenger cruises. That didn't matter as now - he was on his own, a freelance trader. And this day, with his past - he was never surprised seeing another ship wreck near Mu Herculis system, well known from pirates and smuggling.
- Nick, is there anything left - asked Clark, not really showing too much of interest
- If we consider some organic remains... well... no, not even that - navigator didn't even raise his voice
- Well than.... what the hell were they doing out here? - capitain wondered for a second - never mind, let's do some alloy business in this system - said turning his steps back to the cantine.
- Clark! We may have a problem... - said Nick all at sudden
- What again? I'd rather have a drink instead of rescuing some lost crew members like we did last time...
- Truly, I hope someone will come to rescue us - said Nick while his face turned pale - It looks like "Spear" class ship accompanied with "Clarinet" on our tale are attempting to intercept us...
- Aha... this is going to be much more fun than any kind of drink...

Star Trader 3000 is a game taking players into wast space, where they will Trade, Smuggle, discover... and fight to protect their business when necessary.

Original Star Trader game was designed and developed back in 80's. This game is not an official reprint or such, it is fan remake of elements, that will let you play with original rules of Star Trader, but in slightly refreshed format.

Since all cudos go to Nick Carp and Redmond Simonsen (+) if you decide to buy this game - we decided, that all profit will be sent to charity. Sheldrick Wildlife Trust is organization you will support. 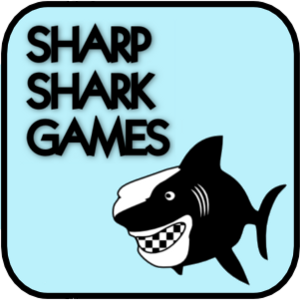