An exciting 4X turn-based conflict in a dystopian setting!

Somewhere in a dark and distant future...

... humankind is fighting a war for survival against its greatest threat - a changing climate. The polar ice caps have melted, entire civilizations, swept away almost overnight. A distant rust-covered memory, the world we knew has been swallowed whole, lost in the murky depths of an unforgiving ocean.

Desperate, starving, and lacking the technical achievements of a forgotten era, the surviving population propels steam-powered engines towards the farthest corners of earth in search of the faintest glimmer of hope. Some found this hope on a plot of ocean simply known as the Arena. Through uncharted waters, there lies a thousand islands eroded by time, where untold riches await to be discovered by the remnants of past civilizations. You are among the desperate few in search of those lost treasures

SteamPunk Arena is a turn-based strategy game with an objective to explore the islands looking for salvage, exploit the resources you find their, expand your domain using bridge networks, and exterminate your opponent. In SteamPunk Arena, each combatant chooses a faction, and then chooses the hero who will lead that faction into battle. These heroes will help spur theatre-specific units on by providing an action modifying bonus.

The combatants begin the conflict with the same garrisoned unit strength and an equal amount of land; however, this is where your similarities will end. Where you place your Base Tile or Land Tiles is entirely up to you. What lies hidden and waiting to be discovered could also provide a unique advantage or disadvantage. But keep in mind no matter what your path looks like, the dice-roll will often decide the outcome of events that transpire throughout the playthrough.

SteamPunk Arena uses a turn-based action system. The combatant controls the action of active units throughout the duration of the turn until all action points are spent. The health of the unit is determined by a population or hit-point, found in the center of the piece. Units can only be deployed one per turn. There are only so many population points you can have active on the arena game boards at any given time, unless modified by a certain Resource or Unit Bonus. So choose your army wisely and enjoy the fight. We will see you out in the Arena!

Try the game out on Tabletop Simulator. While you can do a search for Steampunk Arena. The Steam Workshop files can be found here. 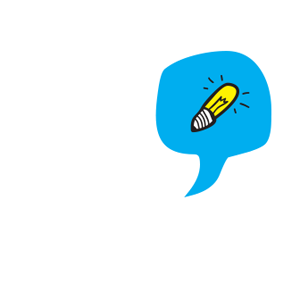