A Tarot to fill your eyes with meaningful shape and color

A deck by a Tarot master, after a 2-year study

of the masters of Modern Painting.

See the cards: .. Scroll down to the "See it in action" section.

Here's a testimonial written by a friend .. {-here-}

I made this Tarot after completing a 2-year study of several masters of Modern Painting.

First i turned 50 years old, and moved out to the wooded mountains.

Then i finally stood back, looked at my canvases in their dozens, .. congregated on my walls, gathering dust in corners, .. and realized there was a Tarot there waiting to be photo-edited onto cards. ..

.. .. Apparently that's what the furious obsession had been for.

Looking at that canvas on my wall, .. .. in my mind the picture became "Ten Of Air", .. .. recalling Basquiat's appalling drug addiction and early death, .. .. And recalling that card's caption in my first deck: .. .. “Desolate ruin of past delusion.” ..

That's when i stopped and looked around, and found a Tarot near completed; .. .. Only lacking Tarot's orderly and optomistic sub-set of cards.

In other words, i made this deck because it must be made.

You understand, i'd closely studied Van Gogh's life and death, .. grew to feel i knew his spirit, .. .. from that became convinced of the old rumor, .. .. The story NOT reported to police: ..

.. .. By a cruel neighbor lad taunting him, .. Wantonly waving a pilfered pistol at him, .. .. That lad with younger friends out playing at being cowboys, .. .. Cruelly teasing about Van Gogh's dirty clothes, or such, ..

.. .. All of whom the mortally injured ARTIST then PROTECTED, .. him INSISTING it was SUICIDE!

.. .. The young avant guarde artists in Paris came out for his wake.

I need to be brief, but i speak some truth about each, wanting Client to have what's best for them. ..

.. .. And introducing the Spirit Hill will depend on my first impression of Client, .. .. For i go either Historical or Technical: ..

I hope they're never disappointed. .. But it's been years since i made this Tarot.

Whereas the charming Singing Fish are new, .. .. And emphatically Modern Art too, .. .. .. .. Yet for them the coloring's like an evocative Film Noir twilight, .. .. and their captions are elongated into Film Noir plots as well: .. little action-oriented stories.

But then when client asks their question, .. .. and i start laying out these 6-sided cards in their "Twining Vine" layouts; .. .. Now the question's logic flows like LIFE ENERGY flows, in all directions where things touch, ..

And i sometimes seem to recall a life there, .. Beside the busy road to Eleusis. .. In a garden's shade, at a simple wooden table, with pebbles in a basket, .. Where we advised the earnest travellers how to find their souls.

That's how i think the Spirit Hill cards' magic works best .. .. (Like a full sudden discovery, like an initiation;) .. .. For Clsssical Tradition breathes in some Modern Art; .. .. Just scroll down, and look at some of these challenging faces.

You'll see my Basquiat, a despairing Minotaur, is one of the most utmost challenges;

.. While my Vincent smiles as sparkling King Of Water, a Buddha of infinite compassion.

To view the cards, either scroll down to the "See it in action" section;

You can see them {-here-} in a nice art gallery. 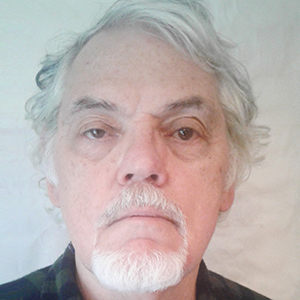