Build up your stone age tribe in order to destroy the threats that lurk in the wilderness!

In StoneFire you will be leading a tribe during a fantasy stone age where you will be battling dinosaurs, taming beasts, expanding the population of your village, discovering new locations, and more! 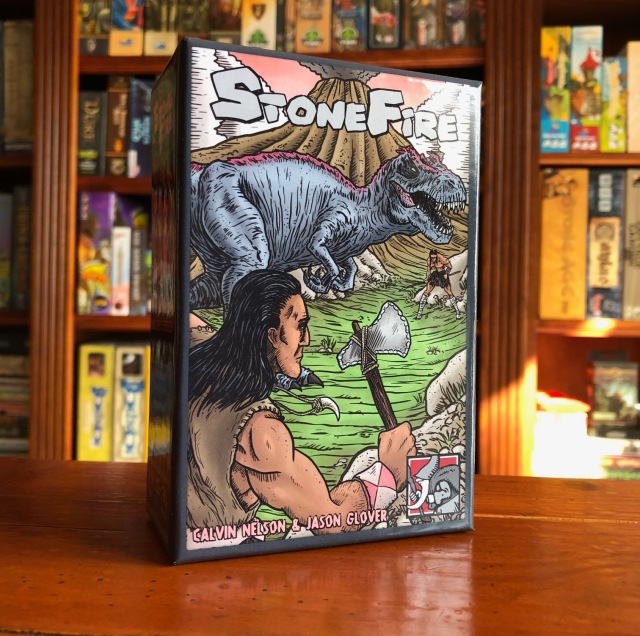 Your goal is to build up the strength of your tribe to the point where you can tackle the boss, an allosaurus. Meanwhile creatures from the wilderness are persistently attacking. If the wilderness deck is ever emptied before you defeat the allosaurus, the game ends immediately.

StoneFire is a competitive game for 1-4 players that uses hand-management, with a bit of deck-building and set-collection.

Each turn you draw new characters from the tribal deck. These cards will either be humans or tamed beasts. You then get to use your cards to form a hunting party to either travel to the wilderness or to secure an available location card. Lastly, you may add one card face-up to your village (these cards may be used in later rounds) and then draw back up. Alternatively, you may pass on hunting and rest two characters (placing them in your village) and then draw one egg card. Egg cards are gained in many ways, and are used to score end-game bonus points. 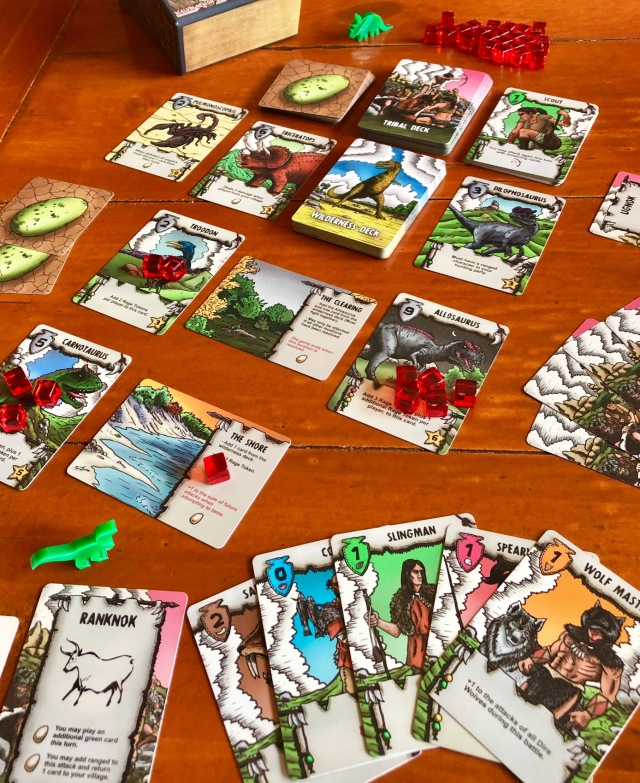 StoneFire is the third game in the growing Library Series of games that also includes Four Tribes and Desolate: Insurgence. Make sure to check out those titles as well!