Already have the first edition of the game? Get the Surviving Design Projects • Booster Series 1 [www.thegamecrafter.com] , which includes all the new cards in the version 1 design.

The hardest part of design isn’t doing the design. It’s working with everyone else without screaming for the hills.

Collaborating with smart people on challenging problems is, inevitably, fraught with conflict. Conflict can be good for creative work, moving a project forward as designers wrestle with the challenge. But not all conflict is healthy, and frankly most designers aren’t, shall we say, diplomats.

Surviving Design Projects is, among other things, a little game to help designers hone their people skills. It’s pretty easy. Each player takes turns being the Creative Director. He or she turns over a Situation card, and then tells a little story about the situation shown. She can make it up or draw from her own experience.

Let's say I turn over the situation "Lack of Inputs." Maybe I make up this story:

Though the client has provided stacks of user research, they can’t offer us any clear business priorities. They’re just asking us to make their site better without giving us a sense of what they want to accomplish. I need to go talk to the client about this, and try to get them to give us some inputs.

Each player around the table chooses a Pattern card from their hand and places it face-up next to the situation card. The Creative Director chooses one player to go first and describe how they would apply the pattern to the situation. That is, to describe the technique would they use to make the conflict productive. Let’s say one player uses “Make Educated Guesses” and describes it this way:

The Make Educated Guesses pattern suggests we fill in the holes ourselves with some assumptions. I guess the idea is that we’re smart people, so we should know what the starting point is. We could brainstorm a list of assumptions about the project’s business priorities, then share that with the client to validate it.

So that’s it. It’s a pretty simple game, but the idea is to get people talking about difficult situations in a no-strings environment. 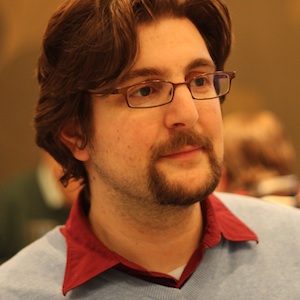