A 64-card tarot dedicated to the mischievous Harlequin.

Tarocchino Arlecchino is a 64-card “little tarot” dedicated to the mischievous Arlecchino, a.k.a Harlequin, a.k.a. Erl-King. The deck is modeled after the 62-card Tarocco Bolognese (a tarot deck with numbers 2 through 5 removed from each suit). Each card is printed with upright and reversed divinatory meanings based on the Etteilla system.

The cards feature original Harlequin illustrations, inspired by costumes and characters from throughout the character's colorful history.

You can read more about the deck and see all the card images at stolen-thyme.com/tarocchino-arlecchino.

An 84-card version of this deck without titles or keywords is now available! Arlecchino's Augmented Arcana

This edition of Tarocchino Arlecchino has 78 cards in a printed tuck box.

Each of the minor suits has the four court cards (Knave, Knight, Queen, King), the Ace, and pips 2 through 5.

There are also 3 added cards: - Two significators, to represent a male or female querent - Prudence, the fourth Cardinal Virtue (left out of most tarot decks, but added in Etteilla decks)

Finally, there are 13 reference cards, which contain brief lists of upright and reversed synonyms for every card in the deck.

The card titles and keywords are given in French for greater harmony with the traditional Etteilla decks. The reference cards are in English.

You can find the guidebook online at stolen-thyme.com/tarocchino-arlecchino/guidebook. 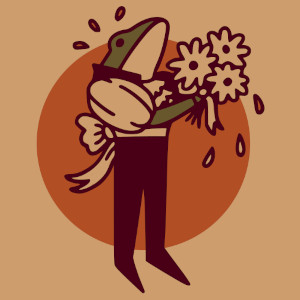