My spirit guides asked me to create this tarot deck. I’ve used tarot since the age of twelve, and I’ve always been drawn to its mysteries. However, I questioned if making a tarot deck was the right step forward. It’s a massive project because its 78 pieces of artwork. The artist Salvador Dali once agreed to create a tarot deck. He signed the contract, yet he failed to deliver. Tarot has its own voice and history. I imagine Dali didn’t want to spend all that time expressing thoughts and ideas that were not his own. In the end he was taken to court and the deck was completed. His deck contains work that hides his true genius. I’ve used those cards many times and they remind me of the enormity of such a project. I only want to take on projects that I can complete. It’s important to me that the work isn’t tainted by a loss of enthusiasm or a restrictive deadline.

I questioned the advice from my guides, so they began speaking through my dreams. I would dream of cutting out tarot cards and folding boxes. I began to understand that it was important to them. I trust their judgment, but I doubted my own commitment. Their belief in my ability encouraged me to begin the project.

Once I’d decided to begin I noticed something strange. I’d created an image for ‘The Tower’ card days before; although, I didn’t know that was the purpose of that piece of artwork. I looked at other images I was working on and I realized that the image of a man speaking in chains was destined to become ‘The Devil’ card. The creative flow was already in full force. The ideas were waiting and everything seemed effortless. It was one of those moments when you know you’re on the path that is right for you. It felt good to create and I was enjoying myself. 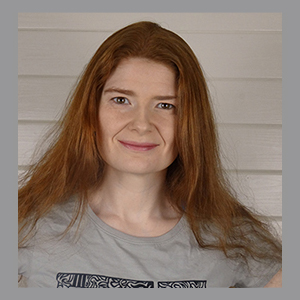