A Golden Dawn Temple in Your Pocket!
The Hall of the Neophytes ritual of the Hermetic Order of the Golden Dawn was written to initiate new members. The opening and closing portions can also be used for consecrating a space for magical working. The ritual normally requires a Temple full of equipment as well as eleven Hall Officers, each with their own weapons and tools.

With the WOGD Neophyte Paper Temple deck of cards and ritual script, one can open a Hall of the Neophytes on a table top. This can be used to perform a self-initiation into the Witches' Order of the Golden Dawn, or as a wrapper for any other magical working.

A small black parts bag comes with the deck. This bag will hold all 96 cards of the Paper Temple: the 24 cards of the Neophyte deck shown here, plus the additional 72 cards of the WOGD Elements deck.

Downloadable files available after purchase include two different formats of the 0=0 ritual script. The contents of the scripts are identical, the only difference is the page layout. The first option is a simple paginated PDF, useful for electronic reading. The second option is a 'signature' layout which is designed to be printed out double-sided, then stapled and folded in the middle to make a booklet. The third file is a cover for the booklet which can be printed on a heavier card stock. 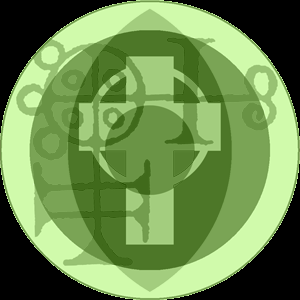