The Game of Greek Mythology

This game can be a great supplement to your classroom's mythology curriculum or part of game night.

Complete a journey to Mount Olympus and answer trivia questions along the way to move ahead faster. Watch out for traps and test your luck against fate. The more you play, the more trivia you'll learn and retain.

To play the game you have to complete a journey to the top of the board and make it to Mount Olympus. To move across the board you roll the dice and move that number of squares. If you roll doubles, however, you miss a turn. Two character pieces can share the same square.

Along the path to Mount Olympus, there will be game card squares represented with the Greek meander (or meandros) pattern. If you land on a game card square, another player will draw from the card pile and read it aloud for you. There will either be a question or a trap. Trap cards will instruct you to move back spaces. If it is a question, you must attempt to answer the question correctly. If you get the answer correct, there will be a number under the answer telling you how many additional squares you can move. If you get the answer incorrect you do not move any extra squares. Discard the card to the side or the bottom of the pile after it has been used. The time limit for a player to answer the question card is up to the group of players or just enough time before the rest of the players get annoyed. (Note, multiple question cards can have the same answer.)

Along the path, there are also trap and guide squares. They will instruct you to miss a turn, move ahead, or go back spaces.

In the game cards stack are Pegasus cards. If you draw a Pegasus card you can hold on to it to use later in the game. If you land on a trap square or a trap card is drawn for you, you can play/discard the pegasus card and the burden of the trap is lifted. It cannot be used to gain a turn that was lost before you drew the card.

Once you reach the top of the board and land on Mount Olympus you must remain there until your next turn. On your next turn, a final game card is drawn and read to you. To win the game you must answer a question card correctly! If you answer incorrectly, you must go back 3 spaces and the game continues. If a trap card is drawn, follow the instructions for the trap.

Pegasus was obedient and loyal to any master. So he has the potential for being misused to evil ends. If the Pegasus card is drawn for you while you are on Mount Olympus you must go back 3 spaces and the game continues.

Each character piece has a unique ability. Athena (yellow) can ignore the Medusa trap since some mythologies credit Athena with transforming the maiden into Medusa. Poseidon (blue) can ignore the whirlpool monster trap since his domain is the sea. Aphrodite (white) has bewitched us with her beauty and convinced us she has the honor of being the first player to roll to start the game. Hades (red) can ignore the guard dog trap since they are loyal to their master. 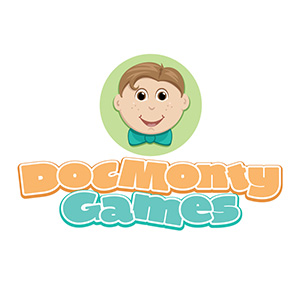