The designer has designated this game as 'not for sale' at the present time.
The Lost Colony has not been fully proofed.

Set sail for the New World, establish trade routes, and solve a mystery!
The English colony of Roanoke was lost during a 3 year period of war with Spain, when no supplies made its way to the stranded colony, in the new world. It is now 10 years later and the war with Spain is over. You are an Englishman assigned the task of finding out what happened to the colony of Roanoke. You have been given a letter from the Queen, a ship, many men, and resources to construct a new colony while you search for clues. You will sail from England to settle in the New World. You are to gather resources there to perform your research, evade the Spanish pirates, and construct several more colonies. But you are not alone, several others have also been tasked with the same goal. The first to win, gets governorship of the new land and a large tract of land. Be the first and earn the Queen's favor!

The game plays similar to most resource gathering-worker placement games, but with a large twist--this game uses scenarios that are ever-changing. The Lost Colony is, in essence, a living board game where you can download new scenarios and share ones you create through the Lost Colony website.

Build a colony on a land hex to receive those resources each round. On your turn, you may move the colony to a new land hex to receive those resources instead. While collecting resources in the new world you may also research your location to find clues to what happened to the lost colony, move one of your ships with resources to England to trade for gold, upgrade your ship with the resources and gold, or buy militia to protect your colonies or to invade other player's colonies. To win the game, earn the most victory points when someone claims to have discovered the answer to what happened to the lost colony of Roanoke.

The player to have the answer needs to have collected at least 5 research tokens.

Then reveal what happened to the lost colony of Roanoke by sliding the red Lumber chit across the red reveal block at the top of the scenario.

On April 27, 1584, Sir Walter Raleigh dispatched an expedition to the New World. They arrived on Roanoke Island on July 4, and soon established relations with the local natives, the Secotans and Croatoans. After the initial exploration of the mainland coast and the native settlements there, the natives of the village of Aquascogoc were blamed for stealing a silver cup. In retaliation, the Indian village was sacked and burned. Soon after it was decided to leave Ralph Lane and 107 men to establish the colony at the north end of Roanoke Island, and Sir Grenville would return to England for supplies. Soon after destruction of the village spurred an attack on the fort, which the colonists were able to repel. Sir Francis Drake paused on his way home from a successful raid in the Caribbean and offered to take the colonists back to England, they accepted. The relief fleet arrived shortly after Drake’s departure with the colonists. Finding the colony abandoned, Grenville returned to England with the bulk of his force.

In 1587, Raleigh dispatched a new group of 150 colonists to establish a colony on Chesapeake Bay. They were led by John White. White re-established relations with the Croatans and tried to establish friendly relations with the tribes Ralph Lane had battled the previous year. The hostile tribes refused to meet with him. Shortly thereafter, colonist George Howe was killed by an Indian while searching alone for crabs in Albemarle Sound. Fearing for their lives, the colonists persuaded Governor White to return to England and ask for help. Left behind were 115 colonists — including White’s newly born granddaughter Virginia Dare, the first English child born in the Americas.

Because of the continuing war with Spain, White was not able to mount another resupply attempt for three more years. He finally gained passage on a privateering expedition that agreed to stop off at Roanoke on the way back from the Caribbean. White landed on August 18, 1590, on his granddaughter’s third birthday, but found the settlement deserted. His men could not find any trace of the 90 men, 17 women, and 11 children, nor was there any sign of a struggle or battle.

The only clue was the word “Croatoan” carved into a post of the fence around the village and “Cro” carved into a nearby tree. White took this to mean they had moved to “Croatoan Island”, but he was unable to conduct a search. A massive storm was forming and his men refused to go any farther; the next day they left.

It is now 10 years later. You are John White, Sir Walter Raleigh, or another benefactor who seeks to find fortune in the New World, You have been charged with colonization but above all else, find out what happened to the lost Colony of Roanoke. Set sail for the New World, establish trade routes, and solve a mystery! 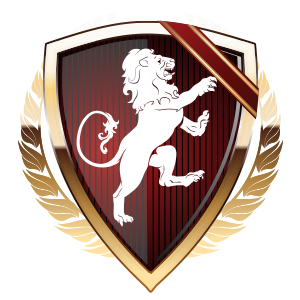