You are the king of a massive kingdom. Destroy your enemies before they conquer you.

Family Games night is not so friendly anymore.

The Warring Kingdoms have gathered for a final battle… Who will be left standing and who will be found buried in the graveyard.

Here is our gameplay tutorial we also have a set of free downloadable instructions to get you started.


The Queen's Assassin is a card game where you conquer rival kingdoms using your methods of conquest, Diplomacy, Torture and Revenge. It's a fun, winner takes all, kind of game where alliances are formed and broken. Friends are blindsided and enemies sometimes keep you alive for their own enjoyment.

It's fun but be warned, if suddenly you find yourself alone in the King's Reach you better hope you find some Armour, quickly.

FatherGeek.com
"The Gamer Geeks were pleasantly surprised by the game’s balance and high level of subtle tactics it required in order to compete and win. According to one Gamer Geek, “I thought at first this would be a game where you simply play a card and something happens, but everything in this game has a ripple effect."

Check out the rest of that review at...
The Queen’s Assassin Game Review [fathergeek.com]

From the Playtesters
"I love this game, always a great energy at the table. The game is simple enough that the most casual of gamers can play it, but complex enough with a good amount of strategy that it stays interesting game after game, for more serious gamers like myself. If you are looking for a quick set up game with some really good and balanced mechanics to it, you need a copy of The Queen's Assassin" - Drake Farmer, Playtester

"I was fortunate enough to have been invited to a play test and quite honestly had an amazing first impression with the game. Less than halfway through my first game I had decided on buying this game. The two things that stood out most for me were the balance and the simplicity of the game." - Shannon, Playtester

"Played in its trial stage as well as a full on play tester... I found myself engaged and enjoying the cut-throat nature of Queen's Assassin! So much when I lost I've been looking for a chance to get back at the victor. You won't be disappointed." - Tyler, Playtester

Each turn you can
- perform 1 action OR Discard up to all of your cards and replace them.
- The defender responds by playing cards against your cards
- Both of you pick up a card to replace any you have used and the next player takes his turn.
- It’s Really that simple.

How do you win?
Simple. Survive.
Last man standing wins the game.

You can also check out the print and play version of this game.
The Queen's Assassin Card Game (Print and Play) [www.thegamecrafter.com]


But wait, there's more... Another game, just for you.

2 Games with one purchase: We are so excited to introduce you to our game that we have provided another game with your purchase.

Please check out k5gaming.com [k5gaming.wordpress.com] for more information, the latest instructions and variations to the rules.

The interaction between the players was high, the table conversations were noisy, and the battles were bloody. 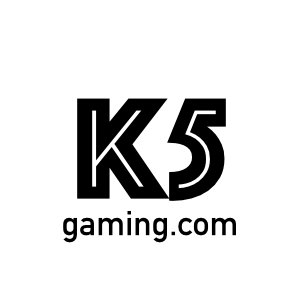