For the casual fan and the football addict! The Red Zone is a well balanced fast paced football game that allows novice and experienced football fans to feel the excitement of pro football. With a balance of strategy and luck, and the new advanced mode, the experienced player can now draft their game changers (star players) to cater to their play style and put the odds in their favor.

Two teams can go head to head in a single game or multiple players can set up a league to see who will be The Red Zone champion!

Choose what plays to run and how to utilize your star players at crucial times. Will you run the ball for a shorter but surer gain? Will you pass the ball inside and outside to throw the defense off? Or perhaps you're a risk taker who likes to throw the long bomb!

Knowing your opponents tendencies, calling the right plays and managing the clock could be the difference between winning and losing the championship!

Both teams will be engaged on every play as you battle it out in this classic, fast-paced game of head-to-head football. As time begins to run out, you may be forced to change your strategy to save precious seconds on the clock. It won't be easy, the defense wants to force you to keep the clock moving!

Use the stat sheets provided to keep track of rival matches, league records, sacks, and other stats for personal records and bragging rights.

The Red Zone was reviewed on Bower's Game Corner but has a new retail box, new Game Changer cards/art, a new drafting option for advanced players, and linen texture with UV protection on the game board and all cards.

"The best football game that I have played period...it is a blast to play!" 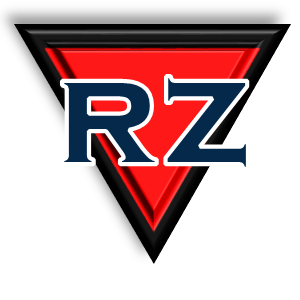