The designer has designated this game as 'not for sale' at the present time.
The Warden Adventure - Advanced Rules has not been fully proofed.

Take your adventure to the next level!

This supplement includes rules which make The Warden Adventure into a complete, open-ended, fantasy RPG system! As with the original game, each player chooses a "path" (or continues with a character who was already begun in the original game). You may stick with your path or branch out as you desire, spending in-game "skill points" to acquire whichever abilities you prefer. All the rules are still based entirely on 12-sided dice, and are add-ons to what fans already know and love from the original board game.

It is a smooth, easy-to-use system that lets you get into the action quickly. Other games might say that, but this game means it, especially since since it builds on the characters you have already been using in the original game! The transition to these advanced rules is quick and completely seamless. Your adventuring party simply finds itself in an even richer, more detailed world.

For those eager for such detail, you will find:

For visualization, we have included four more hero pawns, with associated stickers, along with some new character sheets, which include spots for additional detail (permission granted to photocopy for personal use). With this set, you may add to the two mats you have from the original game; we have included here two more gridded, two-sided game mats, for setting the action portion of your game in places other than dungeons. This set also includes several generic pawns to stand in for additional monsters, whose stats are also included in these rules!

Please note that this set does not come in a box because, after it arrives, it all fits well in the original game box, to keep everything together!

Many of the rules are modular, so you can incorporate whatever parts you wish, or even scale-up gradually!

Have fun... and welcome to the adventure! 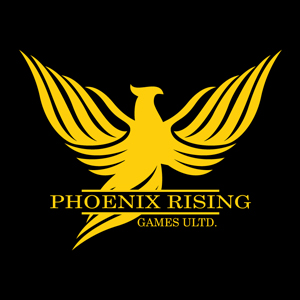