Thieves of the Black Keep

Be the first thief to steal the treasure. Alert guards to thwart the other thieves. Don't get caught

Spend the cards that move your thief to buy valuable guard influence cards or use them later to get closer to your goal. Move guards on their patrol routes, if they spot you, they give chase! Keep the actual location of your thief secret on your location dial, only revealing them on the map if you run out of cards and need more, or if a guard spots you. Reach the vault, reveal which treasure you are stealing and hope it doesn't burden you too much as you attempt to sneak to your escape route.

Thieves of the Black Keep

Created for the Hidden Movement Challenge. Inspired by the computer game Thief: The Dark Project by Looking Glass Studios. A non-cooperative game of players versus the environment. 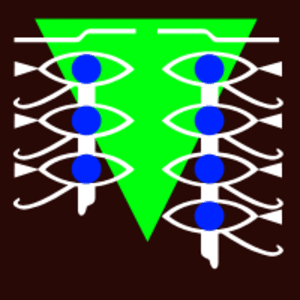