An easy-to-play Explosive card game for 2 to 6 Players.

Tick-N Timebomb™ is an easy-to-play card game for 2 to 6 Players. Play as one of six unique characters, each with their own special abilities and stats. Try your luck with each draw of the cards, then use Action cards to save yourself while making life difficult for others. As the game progresses, and players luck runs out... somebody’s going BOOM! 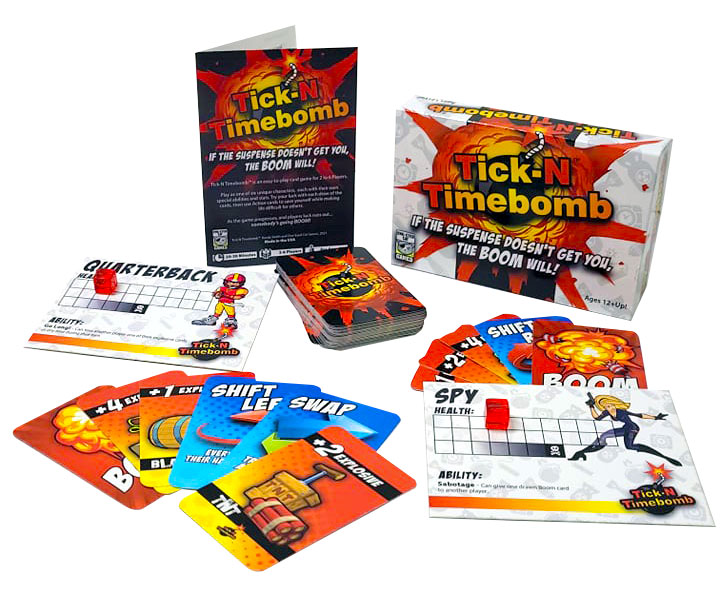 Use the included player mats to play as one of the six characters, a Knight, a Medic, a Plumber, a Quarterback, a Southern Belle and a Spy. Each with their own health bars and an exclusive special ability.

Health gets depleted with explosives going off in your hand each time you draw a BOOM card.

Special abilities can only be used once until the deck is reshuffled, so remember to use them sparingly! 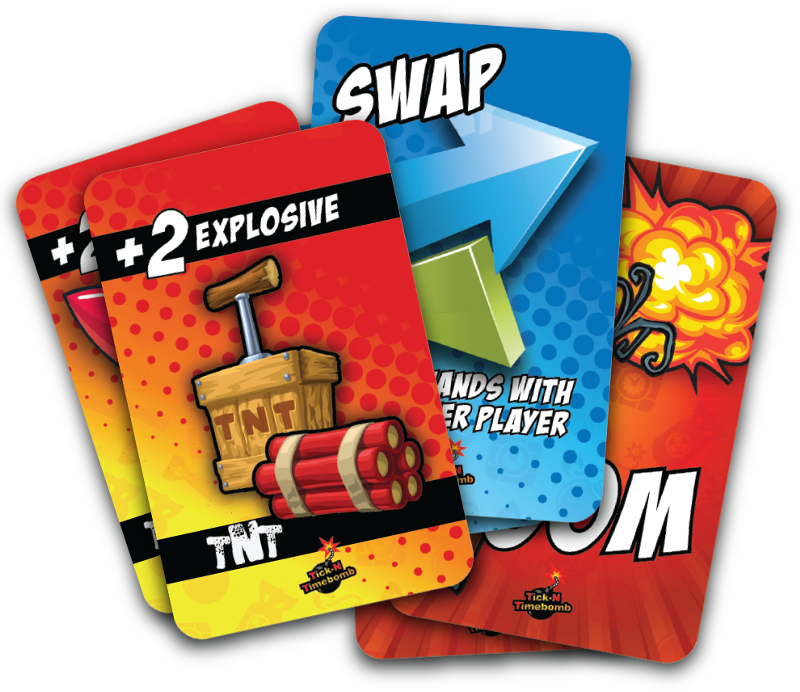 Explosive Cards add up in your hand, causing damage whenever a BOOM card is drawn. Different explosives cause varying amounts of damage so keep your eye on what's in your hand. The most powerful cards even cause damage to the players on either side of the player.

Action Cards give you a way to get rid of your explosives and make it rough on other players. Swapping hands with other players, causing the entire table to shift hands or even dumping cards into other players hands or the discard pile.

In the end, the last player standing/sitting wins!

It’s a quick, light card game that would be great for travel or just to kill a little time while waiting for people to show up. And it will definitely be played a lot in my household. 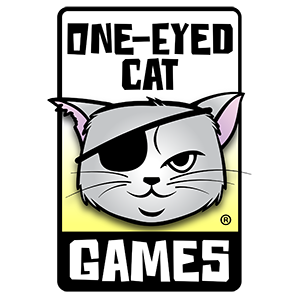