A game of tactical card combat.

IMPORTANT! This is a cards-only version of Time Barons, which means you will need to supply your own box and tokens. The rules can be found on our website. If you want a version of the game with all components included, you will need to track down a copy of the WizKids edition.

In addition, if you want more card variety and the ability to play with 3 or 4 players, consider picking up a copy of the Expansion Set as well.

You are one of the TIME BARONS, shadowy figures who have shaped mankind's destiny since the dawn of time. People are pawns in your quest to defeat the other barons and become the ruler of a unified human race. War, religion, technology - all will be used in this ultimate battle.

"Freedom" is the operating word in this fast-paced card game! As a Time Baron, you can spend your actions however you see fit: to draw and play cards, gain followers, and advance your civilization through four distinct time periods - medieval, industrial, modern, and futuristic. Do you want to rush through the ages, hoping to obtain that technological edge, or punish such a folly with primitive weapons and fanatical attacks? Will you be relentless in your aggression or build an economic advantage? A variety of strategies are available to you at every turn.

The unique blend of actions, followers, and cards offers quick games where turns can be simple, like drawing three cards, or complex, involving every option available to you. And in the process, you'll find yourself doing things like putting a Plague on your opponent's Robotics Lab to slowly kill off the workers there, or attaching a Computer Network to a Church to automate the conversion of new followers. Or what about Martyring a follower you just sacrificed on your Temple so that you can draw a Doomsday Laser and fire it on the same turn? Whew!

The rules are easy to understand and explained clearly in the rulebook and on the cards themselves (two "reference cards" are included, as well). A minimum of "looking up rules" is required to enjoy the game, so you can get started being a ruthless Time Baron as quickly as possible!

It's one of the best card games we've played in a long time filled with a ton of replayability and a new fully fleshed out team variant - this is a fantastic evolution of the print-on-demand classic. 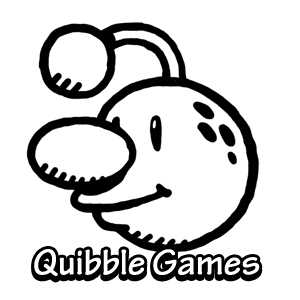