Trick-taking, deck-building, and drafting, all in one game!

Build a powerful hand so you can win tricks, but be careful. What helps you this hand builds the common deck that will be dealt out to everyone in the next hand.

Trick Builders is a combination trick-taking / deck-building / drafting game where 2-4 players (5-6 with additional cards) compete to win tricks and score points. Between hands players will acquire cards for the next hand. These cards will give them a benefit for the round they are acquired, but then go into the common deck for future rounds.

There are two ways to play Trick Builders. The Standard Version is recommended for new players and players wanting a faster, more streamlined play. Between trick -taking rounds, cards are drafted to add two cards to each player’s hand as the deck grows.

The second, Advanced Version, adds a layer of complexity and depth. Each card will have a monetary value, both a cost and an income. Winning tricks will give players currency to purchase stronger cards that will go into their hands for the next round and then into the common deck for subsequent rounds. So be sure to make the most of your purchases because eventually they may help everyone! 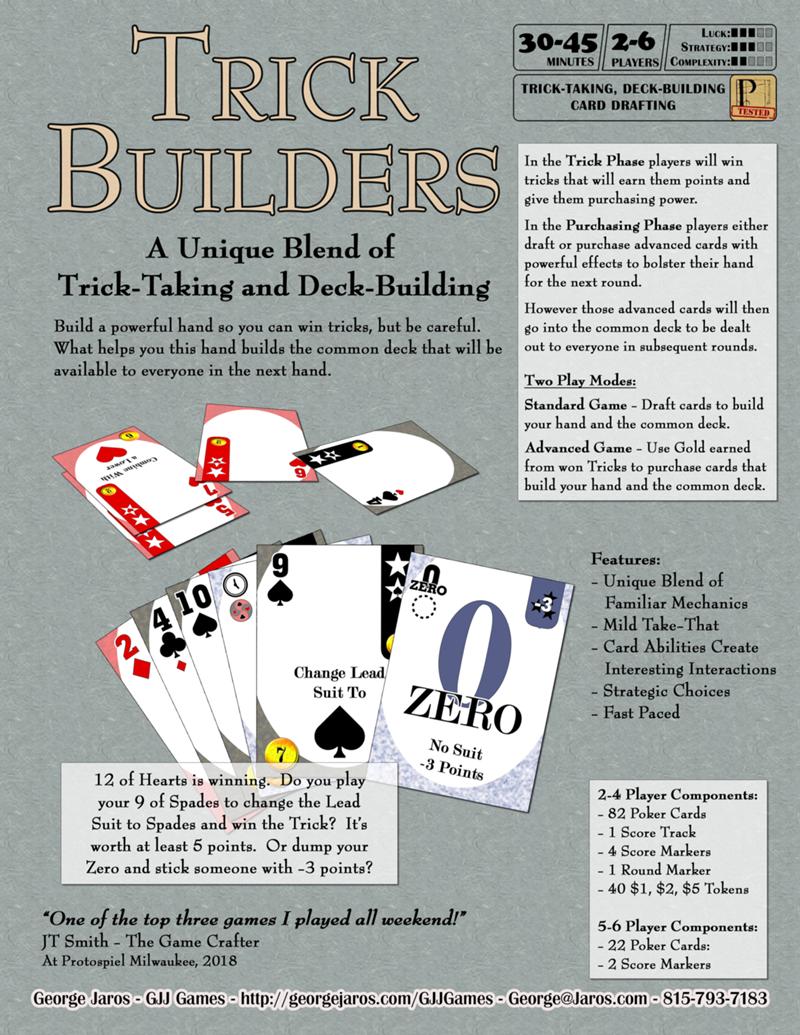 Note: Save some money and get the game without a box here: Trick Builders - No Box 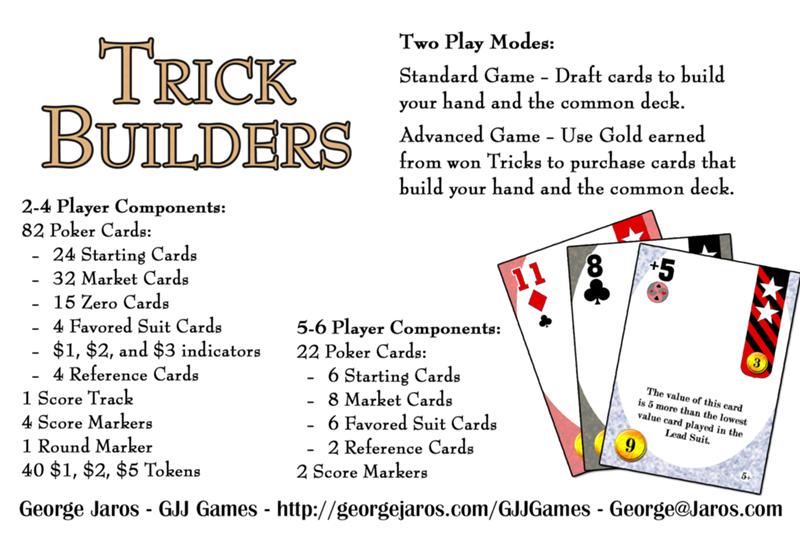 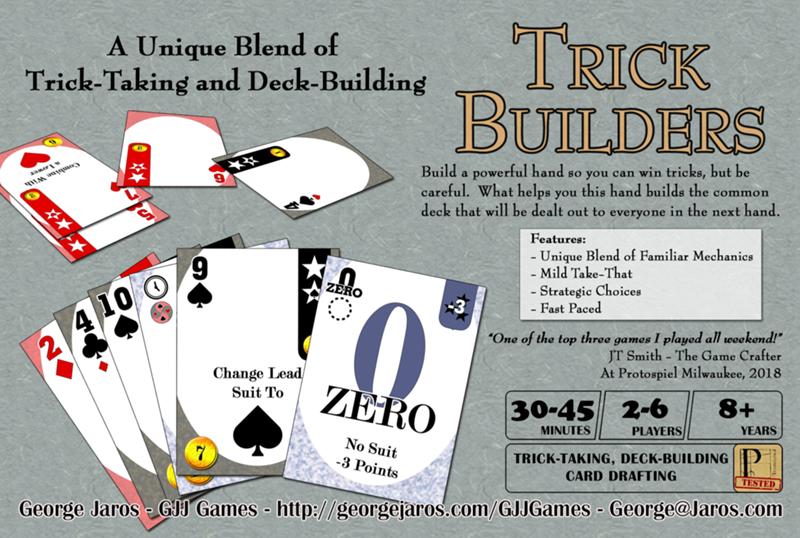 One of the top three games I played all weekend.