The Urim and Thummim Divination Kit 13 Cards (Tarot Sized), Two 12 Sided Dice (1 White, 1 Black), and a small Carrying Bag. The purpose of the set is to provide a functional method of using the Urim and Thummim in conjunction with the Breastplate of Judgment as a system of Divination.

This kit is a completely new system of divination, because to date, no one else has produced a functional means of using the Urim and Thummim with the Breastplate of Judgment, nor has anyone else proposed a logical hypothesis as to how they might have worked together in the past. How the objects were used was never disclosed in the Bible, and since the Old Testament has prohibitions in it against divination, religious scholars were not familiar enough with methods of divination in order to create a workable solution. The author developed the process contained in this kit by contemplating how the different elements might have worked together, and by comparing them to methods of divination in existence.

This set is for anyone interested in mystical Judeo-Christian philosophies. The Urim and Thummim represent one of the oldest forms of divination, and the only method prescribed by God in the Bible. This set is truly one of a kind, and is both interesting and educational. The bag is capable of holding the cards and dice, which provides a portable system of divination you can take with you. 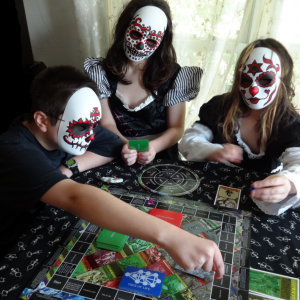