Village in a Box

Build a sweet village in 15 minutes!

Village in a Box is a game about village-building. There's nothing fancy here--you're just some impoverished medieval noble trying to build a decent home for your miserable subjects. And well you should. At least a couple other nobles in the area are doing what they can to build up a sweet village, too. Trade with your opponents, or send thieves their way to slow their progress!

Simultaneous Play:
1. Everyone takes 6 cards.
2. Build what you can; trade cards with opponents to take the most advantage of your cards.
3. Save 2 cards in your hand; discard the rest!
4. Repeat steps 1-3 until someone has a village worth 20 points! The person with the most points wins.

Requirement-Based Building:
Most cards have requirements you must build first. Each card can be used as a requirement only once! Save high-value cards while you build up the required infrastructure--or develop the most basic structures and hope for the best!

Update 2/14/2014: Kickstarter funded! The exclusive KS edition ships with 54 cards in addition to the base game. These include a new water-themed addition to the tech tree, ten playable characters that add new game mechanics, and a selection of extra cards that make a 5th player possible! These 54 cards will be available soon as a separate expansion.

FAQ
-----
Q: Do I need to have the cards line up with each other when I place them on the table?

A: No. The paths on each card do connect to each other, and they can be helpful to keep track of what's what when you're learning the game. However, it's more space-efficient to put the cards into stacks to show you've used up more basic cards with the more advanced cards.

Q: Do I trade an entire stack, or just the top card?

Q: What happens if the game hasn't ended, and we don't have enough cards to deal 6 to each player?

A: Deal as many as you can. This will likely be your last round.

Q: Where can I find the expansions?

A: Water & People in a Box [www.thegamecrafter.com]

A game that draws me in like that, is kind of unbelievable. I feel I could play it over and over again. I absolutely love this game. 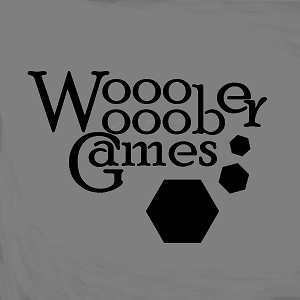