Where's My Chainsaw? is a game about life in the zombie apocalypse, which of course means it is full of adventure and hilarity. Players compete to see who can achieve victory, or at least to see who will be the last one alive...

Inspired by the possibilities found in Munchkin but frustration with its gameplay relying on random luck, "Where's My Chainsaw?" is a strategy-based evolution that minimizes randomness and emphasizes social interaction. You'll also find many added game mechanics we've loved over the years, such as varying win conditions, multiple forms of currency, and a strong comeback mechanic to ensure everyone stays in the game. Are you curious what a "take-that" game would be like if it was designed for serious gamers? So were we!

Gameplay occurs as the players take turns accumulating Special cards (actions) and Weapons, and then battling various enemies. Strategy is very flexible and social interaction is key, as alliances and betrayals are the driving forces behind whether you will succeed or fail in combat.

Each character has a slightly different goal to achieve victory, although anyone can win by being the only player who hasn't died yet. This allows gaming groups to adjust their approach as players try to find a balance between cooperation and competition. Other ways to win include collecting items, a high combat score, or defeated enemies (depending on your character). A new comeback mechanic ensures that no player is ever out of the game, so everyone can continue to compete and win even after dying multiple times.

Where's My Chainsaw? includes over 200 unique full-color cards, beautifully and hilariously illustrated by Paul Dozier. This cooperative and competitive game supports 4 to 8 players and lasts 60-90 minutes. If you're looking for a great social game where your decisions and tabletalk determine the outcome, you're in the right place!

If you have a fun, vicious, cutthroat group of friends, I can't recommend it enough! 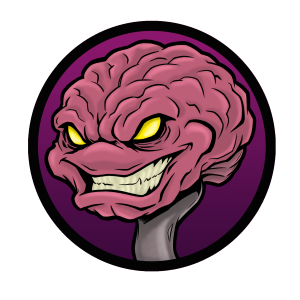