A lost world has been discovered! Beasts from another age wander the savage land, guarding fabulous treasures!

You must carefully pilot your zeppelin over the lost world, fighting off pterodactyls and swooping up treasure and supplies. But beware! Other treasure-seekers compete with you for that same treasure.

Zeppelins vs. Pterodactyls is a board game combining both competitive and co-operative elements that plays differently every time. A deck of cards is laid out randomly to create the game board. 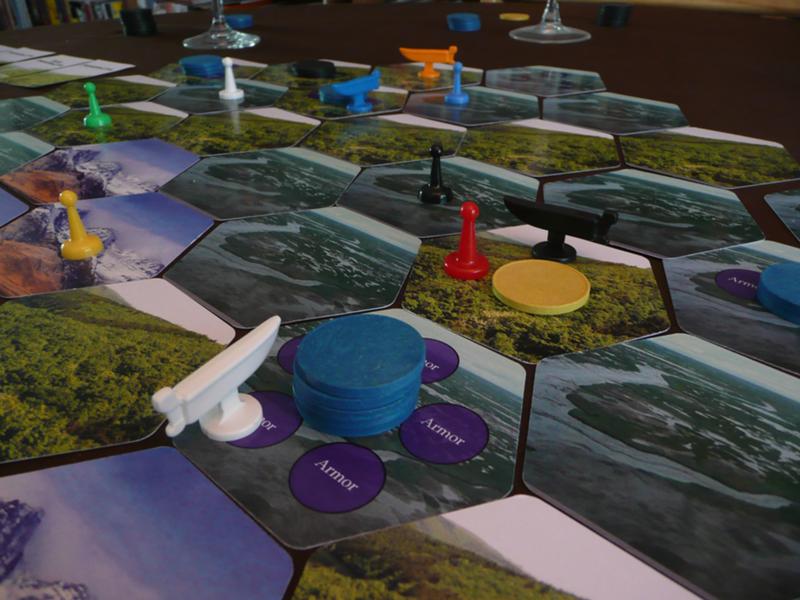 On every turn, each player controls both their own zeppelin and a pterodactyl on the board. They can move the pterodactyl out of the way...or use it to attack other players' zeppelins, making it harder for them to get to the treasure. Which will you do? 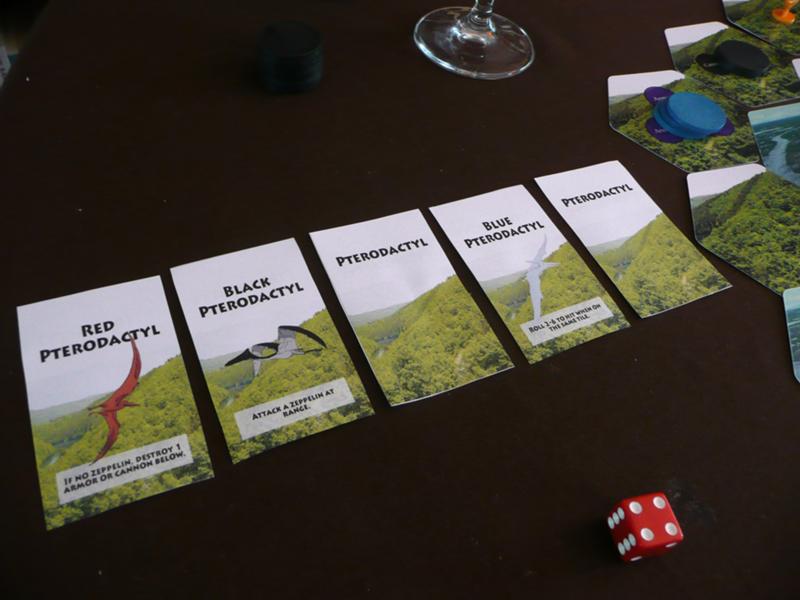 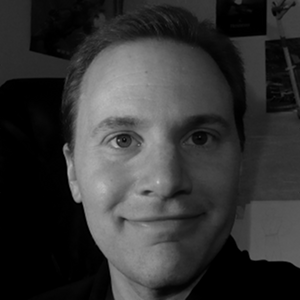