It's a fun card game.

Combine cards in your hand to add up to or ZQUALS to the number on a space. Fill as many numbered spaces as you can. Yell "ZQUALS, ZQUALS, ZQUALS" as fast you can to avoid attacks. Add the number on the spaces you fill to your score. Game ends when all the spaces are filled. Highest score wins.

Watch out! If you don't yell "ZQUALS, ZQUALS, ZQUALS" fast enough, you could get attacked. Your points could get cut, or worse, they could get stolen with the dreaded 7 ate 9 Mine! card. Defend yourself with a Hero Zero card, or weep and note the change in your score!

It's quick to learn, quick to play, and gameplay is different every time!

The more you play, the more you learn. Shhh! Don't tell the kids that.

Play 2 levels of ZQUALS with this box!

You're not the reading game rules type? That's ok. Just watch the videos and get to playing.

"I liked it because you can attack, save, and it's a fast-paced game and you've got to say ZQUALS, ZQUALS, ZQUALS really fast." ~ Oliver, 10

"My favorite part was probably saying it, attacking other people, and saving others from being attacked!" ~ Mariana, 10

"I liked the artwork! I think my favorite part was when we got to attack. I think it's fun." ~ Madqi, 10

"It made math fun! I put down a save card and then she wasn't getting attacked." ~ Nayeli, 6

"It looks like a lot of fun. The kids figured it out pretty quick. And then they were doing math in their heads which I thought was pretty cool." ~ Tobin, Dad of two boys

"It was fun, but also helped them learn and get them comfortable with numbers and math." ~ Iliana, Mother of two girls 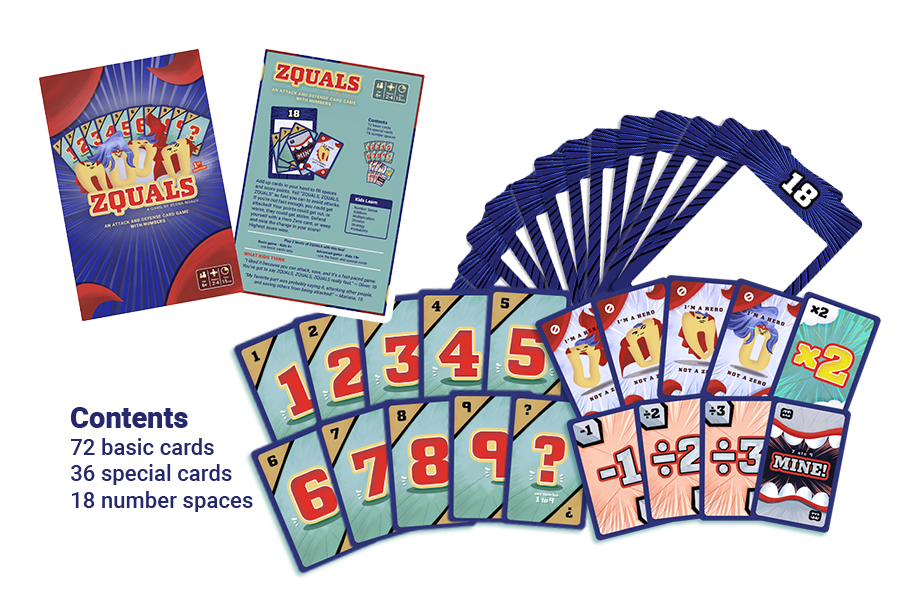 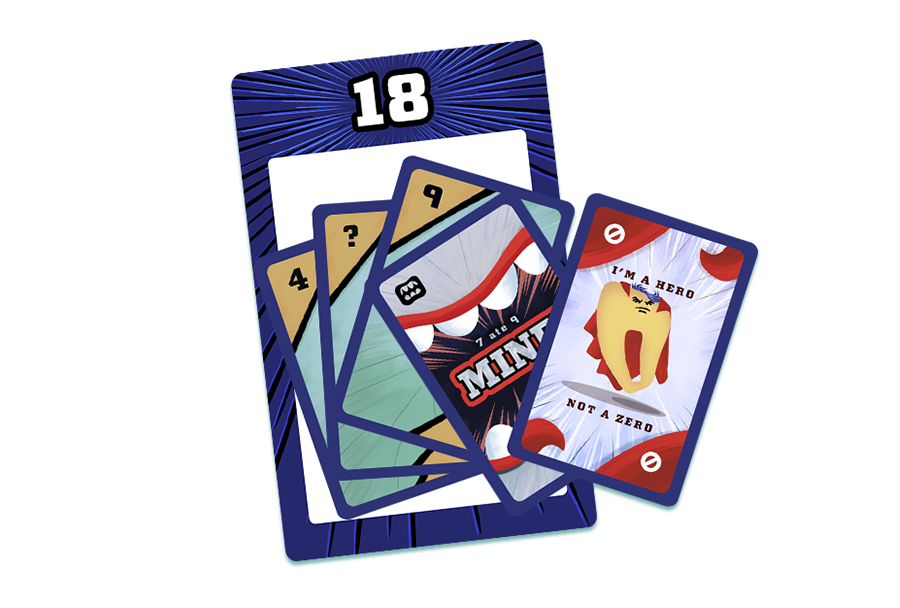 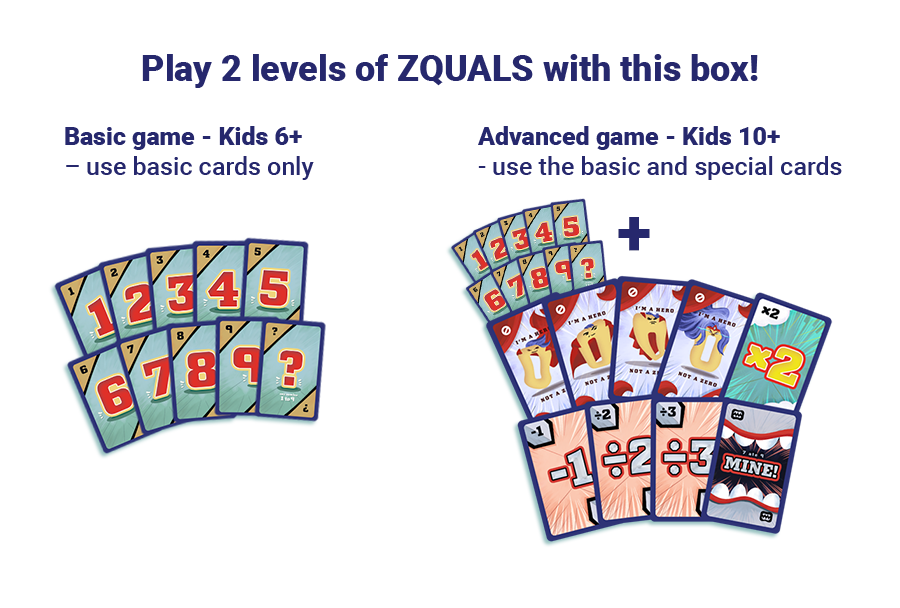 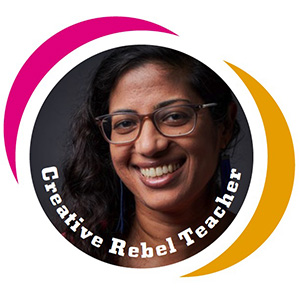