View the rules for deck-building and create your own deck strategy.

If you already have dice, all you need is our free app and 2 decks to play. For $19.99 buy the Archer and Spider Decks from the Basic Edition (with no box, bags, gold or dice)! 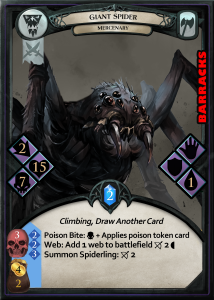