WWIII is raging and you must bring your nation to victory in a tactical battle for world domination.

World at War – Ultimate Warfare is a bigger and badder version of the casual card game World at War. It includes the base game and the following optional add-ons:

You can play with some or all of the add-ons above. When everything is included you get a much more think-ey experience compared to the base game of World at War – but with the same excitement and fun! 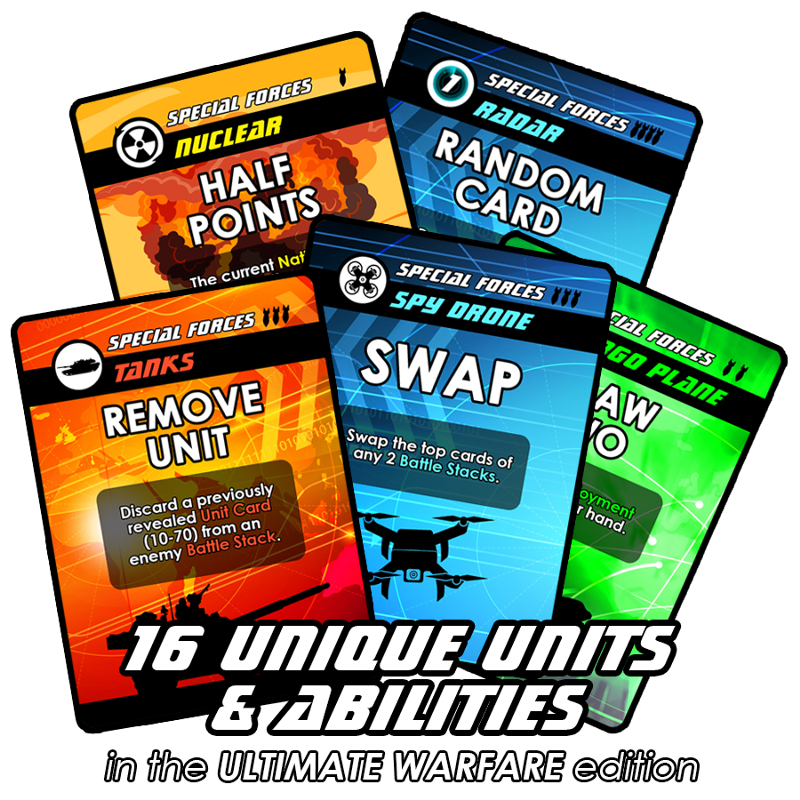 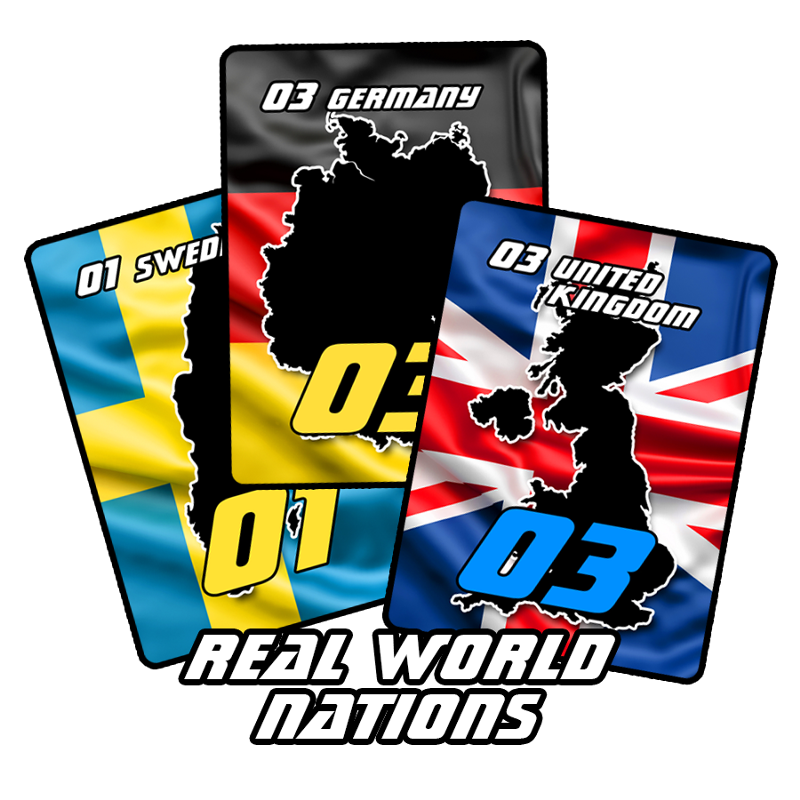 Are you ready for world domination? A world of tactical warfare awaits you.