A post-war era game where mystical beings strive to achieve excellence in all areas of existence.

In this world devoid of competition with each other, there is still a desire to achieve great works for the sheer joy of it. Individuals practice absolute focus, mastery of every part of their body, precision, emotional clarity, strength of compassion, intuitive guidance, and tests of logic. After mastering these subjects in their first forty to eighty years of life, individuals move on to more advanced lessons: telepathy, levitation, full grokking of other beings, enmeshment with animals and plants, energetic biological influence, direct manifestation (without the waiting period), clairvoyance, multi-dimensional sight, out-of-body travel, hibernation, and breatharianism.

The acolytes in the game represent six areas of study that are of great interest in this era: three areas from the study of earth and three areas from ether. You can read more about the setting in the manual which is available as a free PDF download.

Each turn you collect resources from your lands and acolytes, tracking them on your abacus. Then you spend as many resources as you wish to acquire more lands, acolytes, and technologies. Collect lilies to win. (With the Adventuring Acolytes expansion you have an ulterior motive – a hidden win condition unique to you.)

The game uses a mechanic called "splaying" where cards overlap one another to create different effects depending on which direction the cards are "splayed." Acolytes reside within Arcania (buildings) where they study and work. Acolytes who are apprentices are splayed to the right, revealing a single resource of their specialty. (See action shots for examples.) A Paladin splayed to the right will be an apprentice Paladin and will provide a single honor. A Paladin splays to the left and becomes a journeyman with the appropriate technology, providing a water and an honor. (See action shots.) With a further technology all of your Paladins become masters and splay down, providing two honor and one water per turn.

For the full manual, download the free PDF. (The full-color manual that comes with the game has mostly the same text, but also contains graphics to better illustrate what is being described.)

Adventuring Acolytes, the first (and possibly only) expansion for Numinous Nonflict is a fantastic addition to the game, adding "ulterior motives" which are unique win conditions for each player and acolyte standees which move around the "map" created by the land cards.

I began the art for this game in 2013. I was on Kaua'i island and felt like doing more work with vector art. I created the owl, shield, magic ball, and crystals which became resource symbols in the game for wisdom, honor, magic and crystals.

Numinous Nonflict was conceived and play-tested in a spreadsheet in great detail before its first printing. It played marvelously well on its first draft. The second edition played beautifully and was published in September 2017. In November 2018, Numinous Nonflict has had some minor tweaks to the rules and some components. ("Discoveries" were added to the High Arcania. Some Ulterior Motives were updated. The rules about paying an extra resource for buying a second or third resource were made more consistent.) 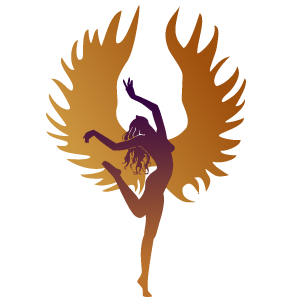