The tarot is a long time subject of misinformation and pseudohistory, falsely linking the cards to ancient Egypt, Romani people, or Kabbalah and of baseless assertions that the cards were always intended for esoteric or divinatory purposes.

The best available evidence, however, tells us that the tarot was created for a trick taking game back in the 15th century because a clever Italian wanted to have a trump suit in a card game.

Inspired by contemporary Central and Eastern European tarock games but with influences from similar French and Swiss games, TALON: A TAROT CARD GAME incorporates many refinements of modern tarot trick taking games and combines them in a way to further appeal to today's tabletop gamers.

The package includes a poker sized edition of TRIONFI: TAROT PLAYING CARDS along with rules for the Basic Game for three to six players.

Rules for the Complete Game, which include advanced optional rules and wild card and two player variants, may be downloaded below.

Each player receives a hand of 12 cards and players bid to become the declarer by stating how few cards they wish to exchange with the talon or kitty. The declarer's side tries to win the majority of card points in tricks.

The three player game is a simplified form of 42 card Tapp Tarock similar to the kind played in Eastern Europe.

The game for four players is a streamlined form of Königrufen in which the declarer has the option of choosing a hidden partner by naming a king.

The five or six player games use 66 or 78 cards and blend elements of early Tapp Tarock with Swiss card games.

Although designed mainly for three to six players; a two player variant, similar to Strohmandeln or Strawman Tarock, is also provided in which players are dealt additional piles of cards in addition to their regular hands.

This is an English language playing tarot, a deck of 78 playing cards designed for playing the tarot, tarock, and tarocchi games of continental Europe and to spread awareness of the evidence based history of tarot cards amongst tabletop gamers.

"Isn't it enough to see that a garden is beautiful without having to believe that there are fairies at the bottom of it too?" Douglas Adams - The Hitchhiker's Guide to the Galaxy

These cards are of my own design incorporating images of public domain 19th century European tarots.

The trump images used were derived from a deck originally published by Mühlemann & Walther of Hasle bei Burgdorf, Switzerland (1880s). This deck is related to the iconic Swiss 1JJ Tarot but contains the original Popess and Pope cards.

I have edited these images to optimize card play in a manner similar to traditional Italian decks such as the Tarocco Piemontese. Some of the colors have been modified to make the trumps more similar in appearance to the plain suit cards.

The card images of the plain suits were sourced from a deck published by Conrad Ludwig Wüst of Frankfurt am Main, Germany (1860s). This deck is the ancestor of the Tarot Nouveau or Bourgeois Tarock; the deck commonly used today for the French Tarot card game. I have added English language corner indices.

TRIONFI: TAROT PLAYING CARDS is one of the few French suited tarots available using the classic Italian style iconography to illustrate the trump cards. This design makes the deck suitable to play a wide variety of games including French tarot, Central and Eastern European tarock games, the tarocchi and tarocchini games played in Italy and many others.

Rules for the GAME OF TRIONFI; a reconstruction of the 15th century game for which tarot cards were originally designed, is also available for free download below. 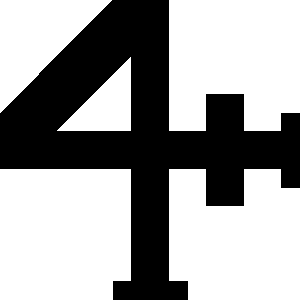