View the rules for deck-building and create your own deck strategy. 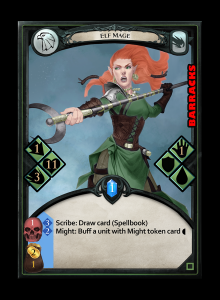