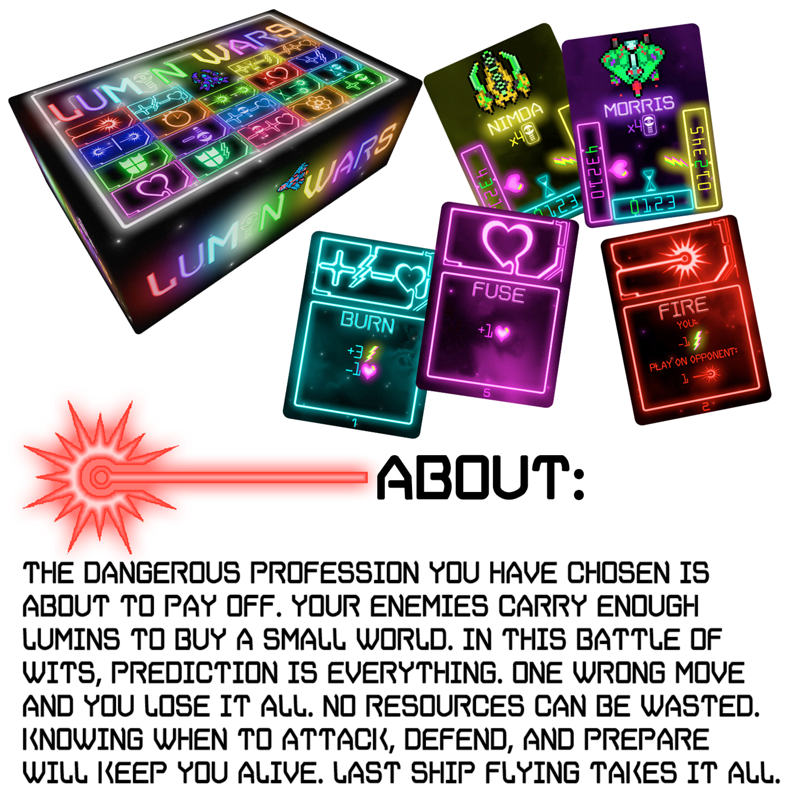 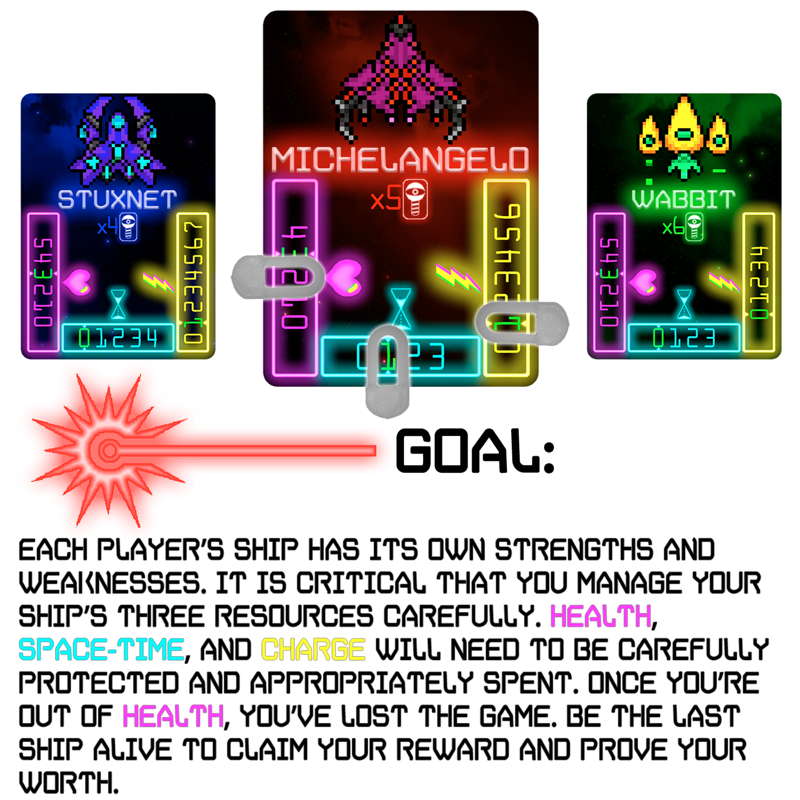 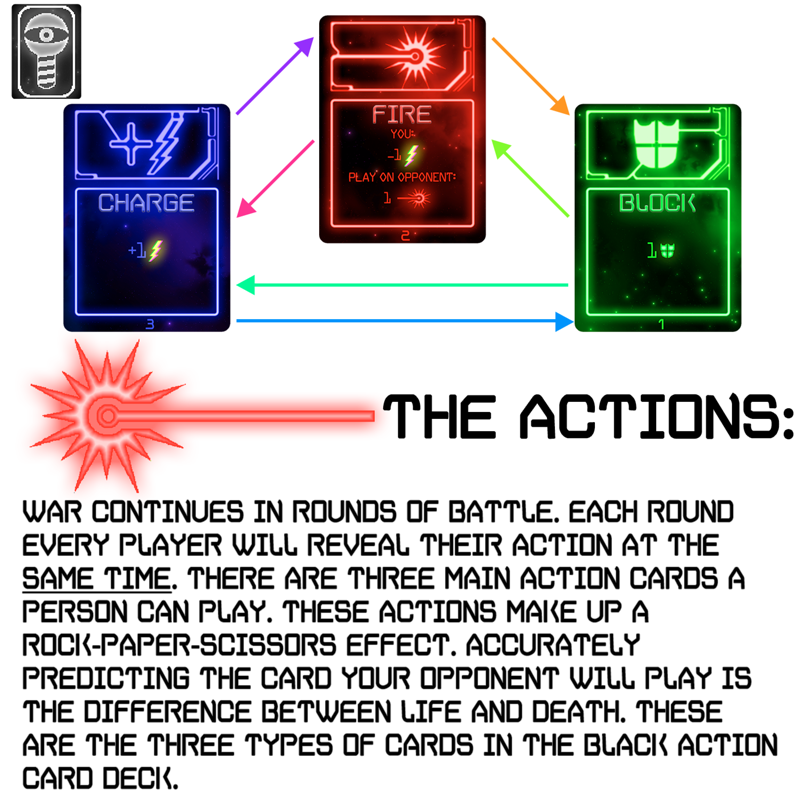 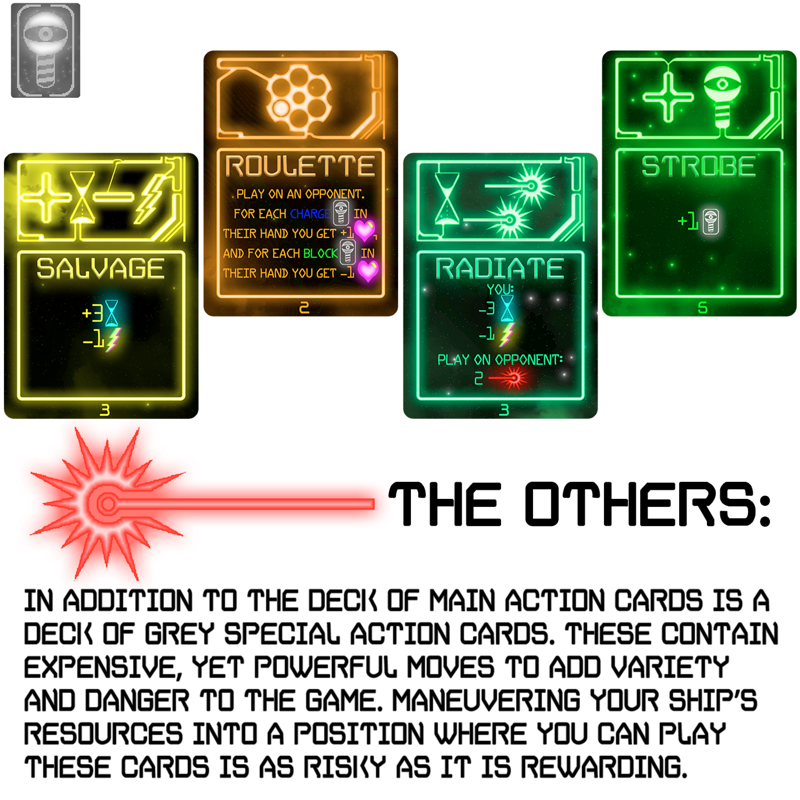 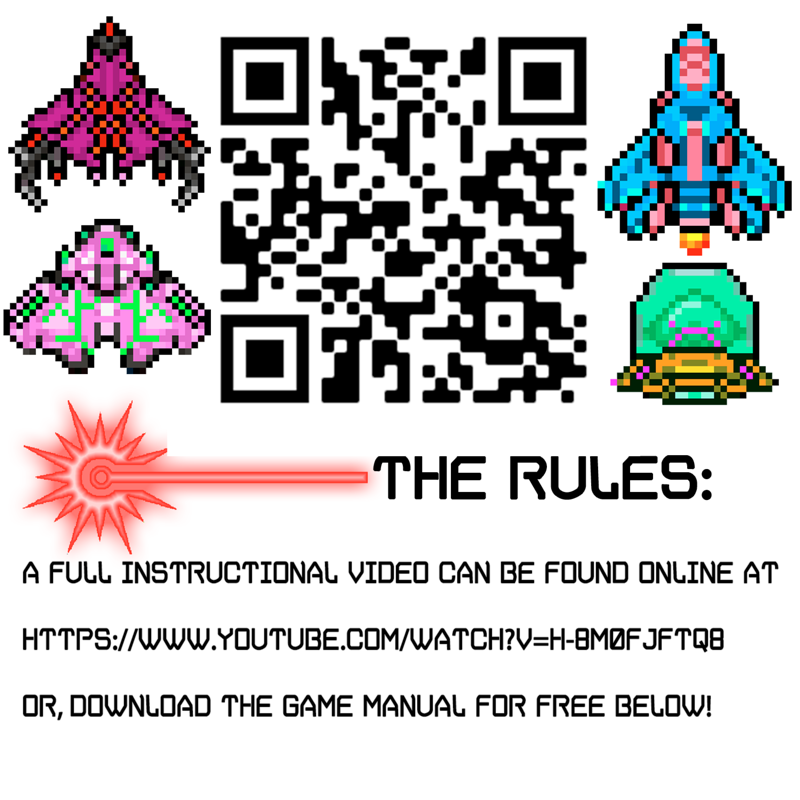 Lumin Wars is a self-paced strategy card game. Be the last ship standing in this intergalactic standoff!

In this epic battle for glory, all players continue to participate in rounds of battle until there is one ship left. Each round every player will pick and reveal one card from their hand at the same time, in an attempt to attack other players, defend their ship, and manage their basic resources.

Game flow is simple and easy to learn. Recommended age is 12 and up. With quick setup, and short games, Lumin Wars is a great family party competition.

A full instructional video on the game can be found Here

There are currently three Expansions available for this game.

More are in the works. 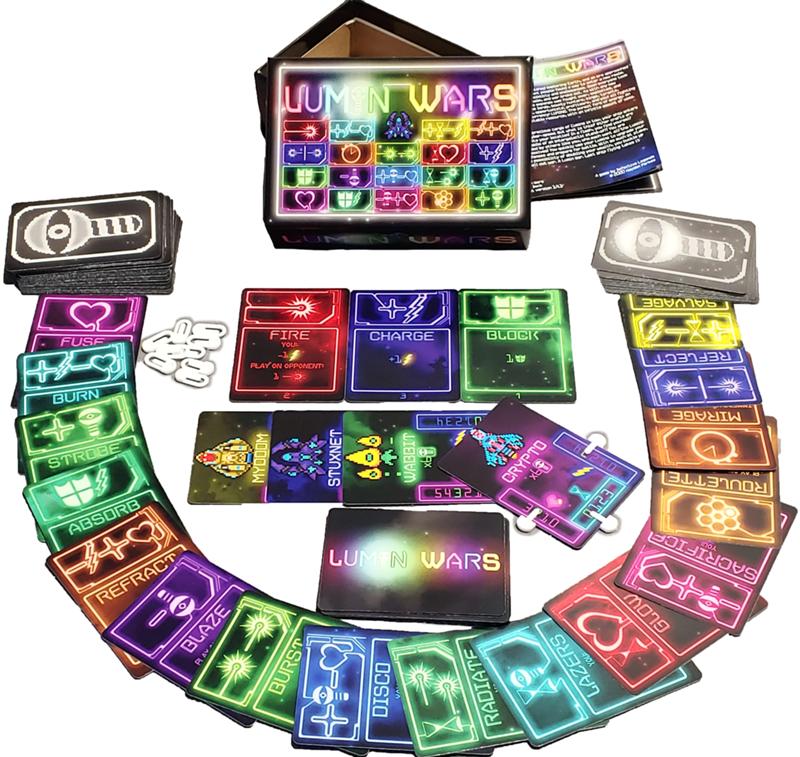 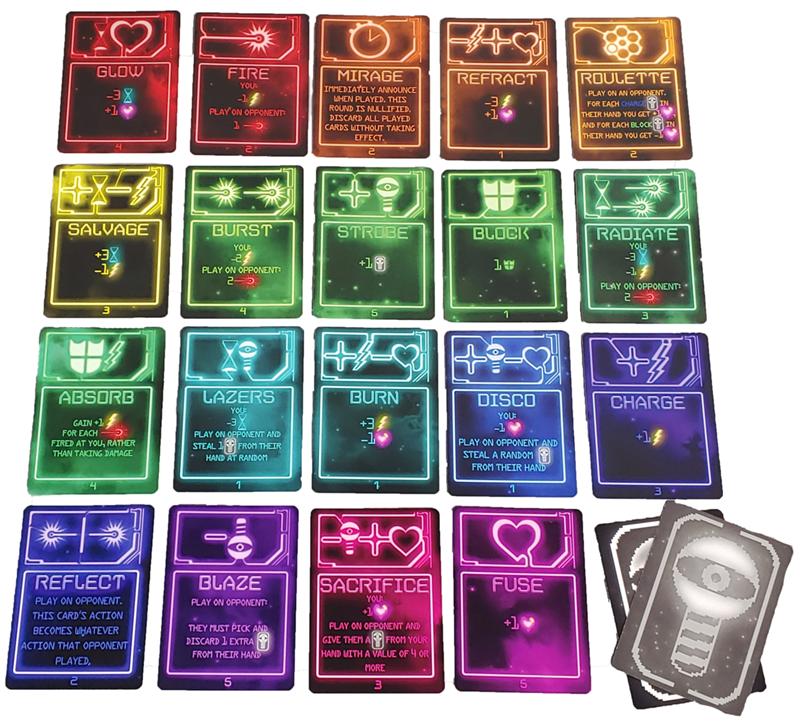 Main Actions, Ships, and the Manual: 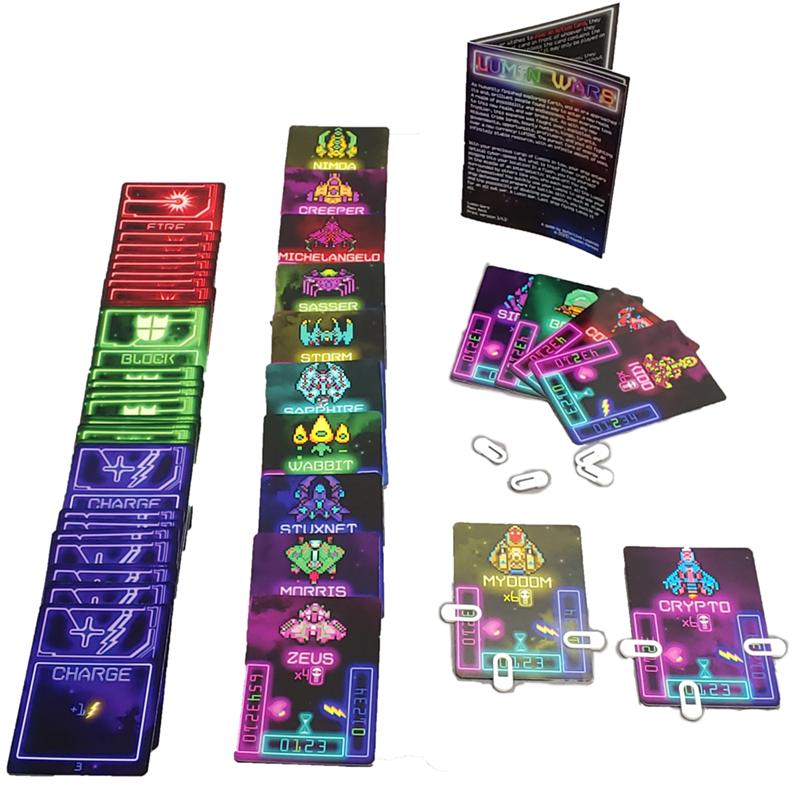 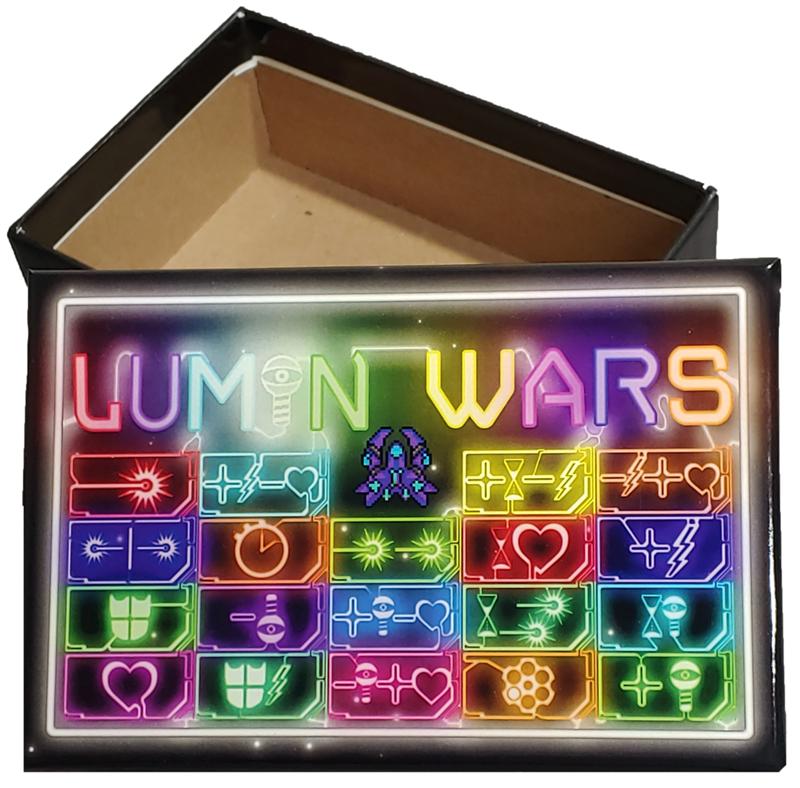 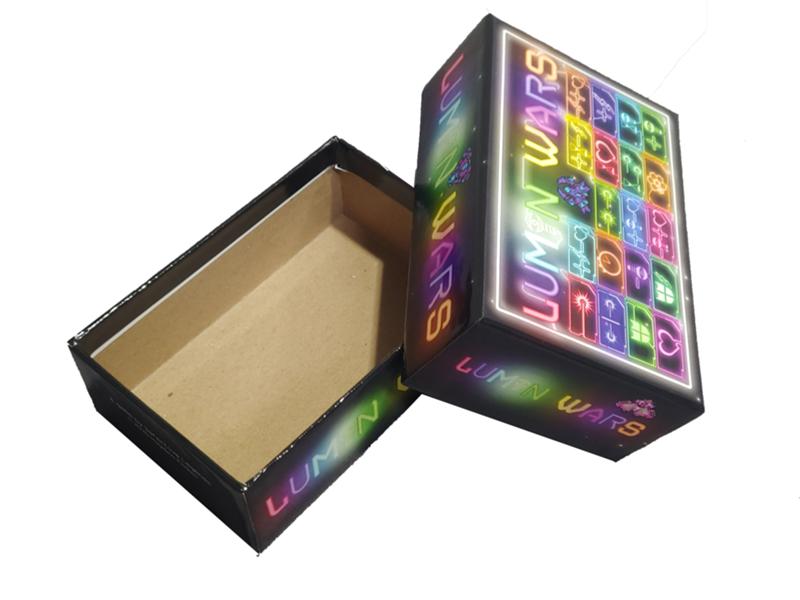 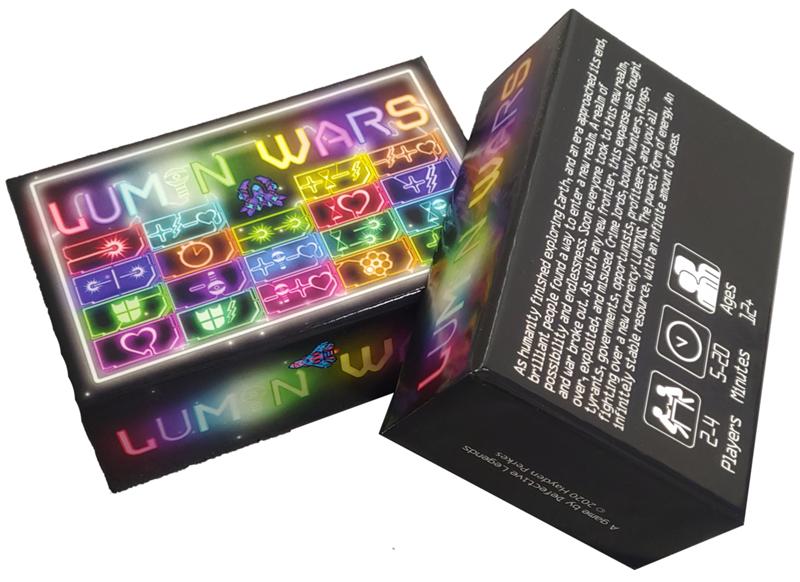 As humanity finished exploring Earth and an era approached its end, brilliant people found a way to enter a new realm. A realm of possibility and endlessness. Soon everyone took to this new realm and war broke out. As with any new frontier, this expanse was fought over, exploited, and misused. Crime lords, bounty hunters, kings, tyrants, governments, opportunists, profiteers, and you; all fighting over a new currency: LUMINS. The purest form of energy. An infinitely stable resource with an infinite amount of uses.

With your precious cargo of Lumins in tow, your ship enters optical cyber-speed. But what is this? Other crafts are pinging into your location! In a flash, you find yourself in the middle of an intergalactic stand-off! You are surrounded by others like you, who each want all the Lumins for themselves! You quickly use your Lumins to upgrade your ship defenses and prepare for battle. With so much at stake, and the possibility of doubling your wealth, you buckle up for an all out war. A Lumin War. Last ship flying takes it all.

Your game version is printed on the cover page of the Rule Book, and on the inside of your Game Box.

I was asked if there are any extra clips or cards included in case anything breaks or becomes lost. I am afraid I opted out of spare parts to keep price as low as possible. But for your convenience, here is the link to replacement stuffs: 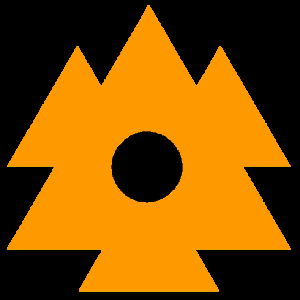